My triathlon journey began in 2013 when I entered my first sprint distance tri in my home town of Reading. Coincidentally it also happens to be the location of the first ever triathlon in the UK in the 1980s. I’d run a couple of half marathons and had only completed my first open water swim a few weeks previously. I found it tough, but loved the feeling of achievement at the end, so I was hooked. 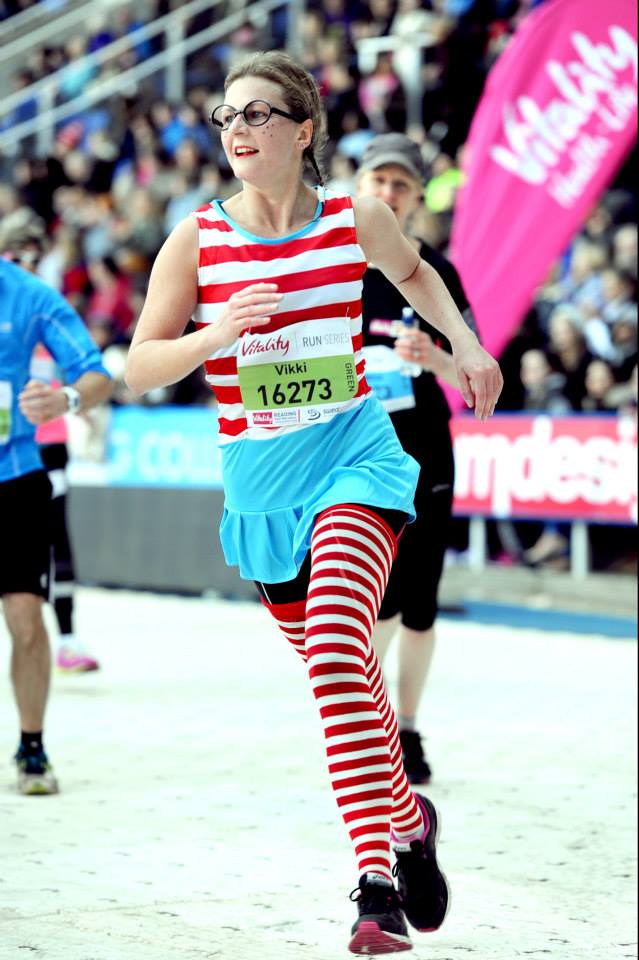 My next step was to buy a new road bike to replace the rickety mountain bike I’d been racing on. I remember almost falling off the first time I tried riding it and it took me a long time to get used to the new riding position. I entered a few more sprint races the following year, getting speedier each time, before joining the Thames Valley Triathletes triathlon club to get some more structured training. I’d done all my training alone up until that point and it made a huge difference to have similar people to train with. 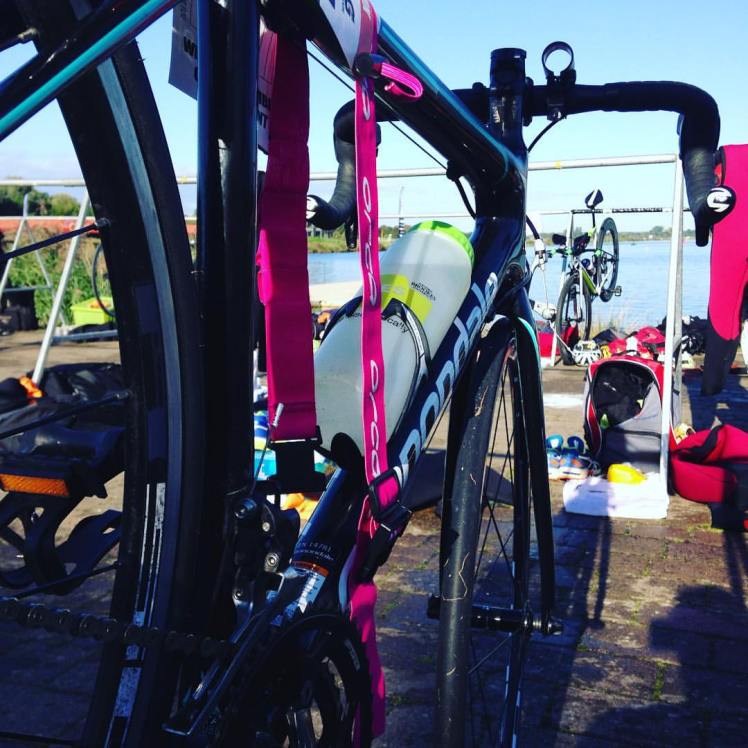 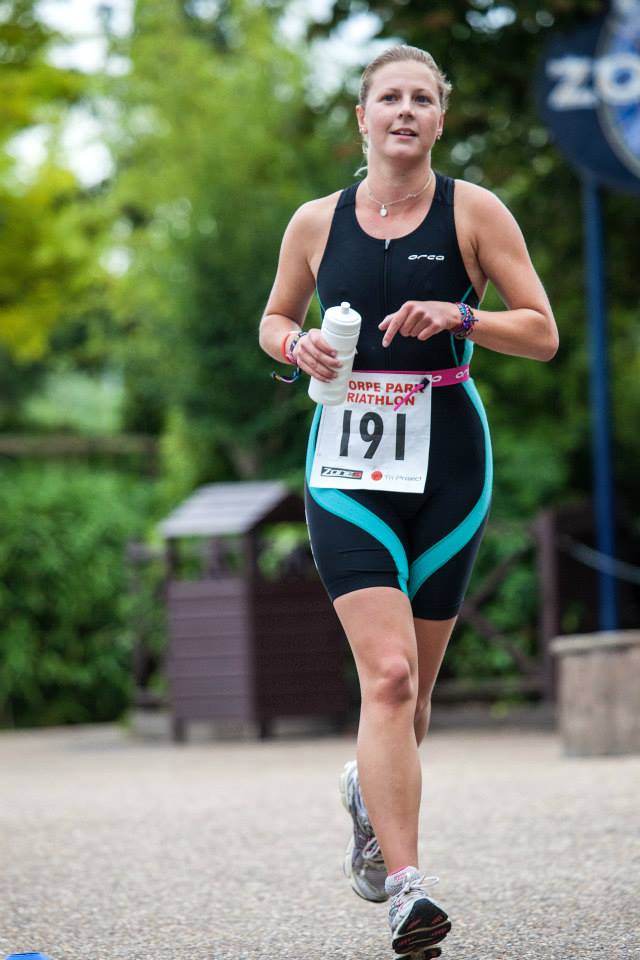 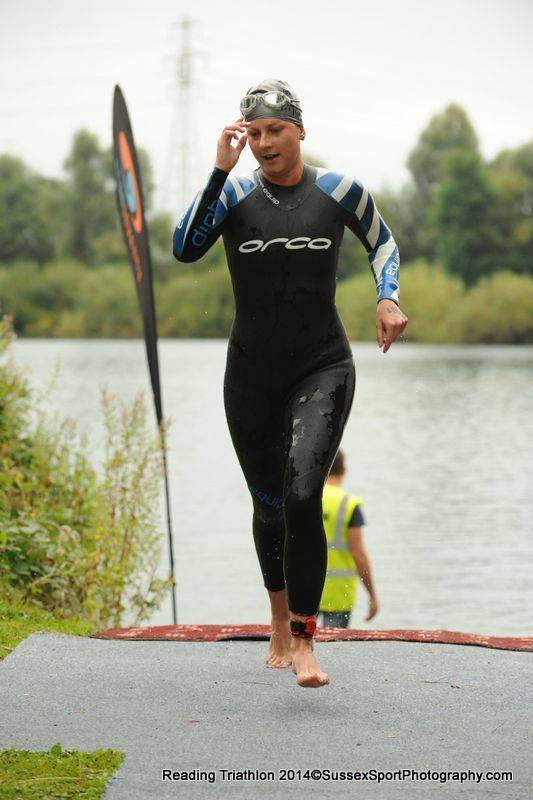 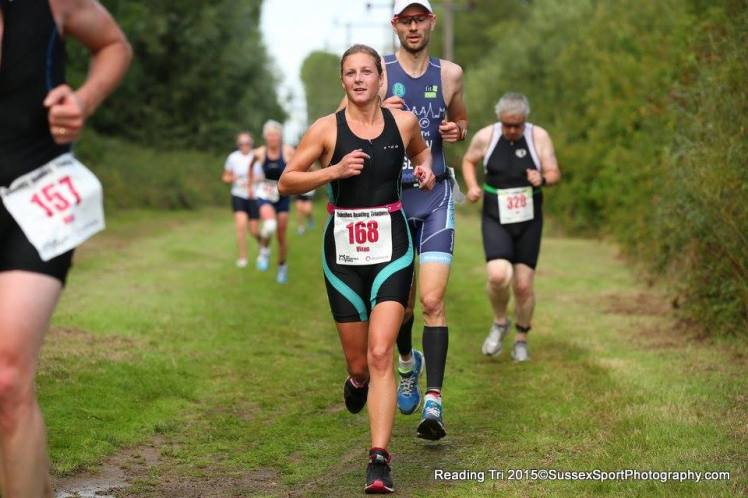 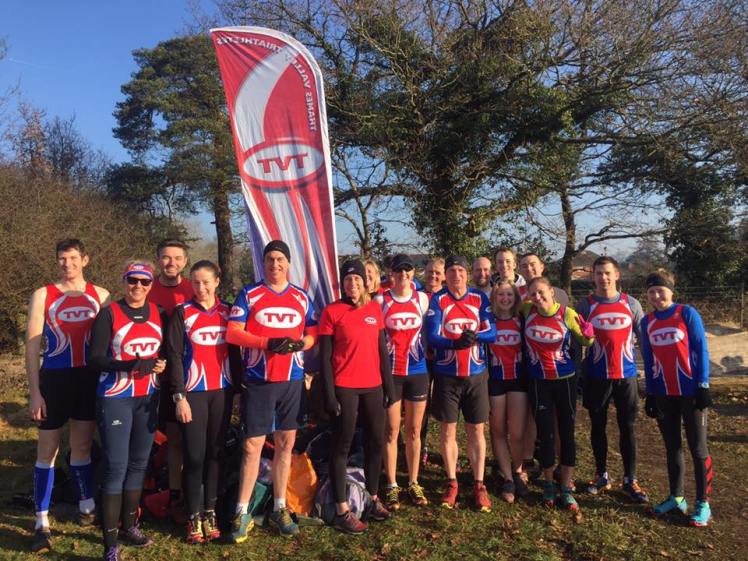 In 2015 I stepped up to Olympic distance, completing 4 standard races that year. I loved the progress I was making, I’d become addicted. I’d made lots of friends in the club, which made competing more fun and gave me something to aim for. I also took part in my first marathon swim, the 10km Jubilee River Swim. It was a beautiful day in June and, despite some very dodgy tan lines from the hat and wetsuit, I loved every minute of the 3 hour 9 minute swim. I did it again in 2016 and cut a whopping 23 minutes off my swim time! 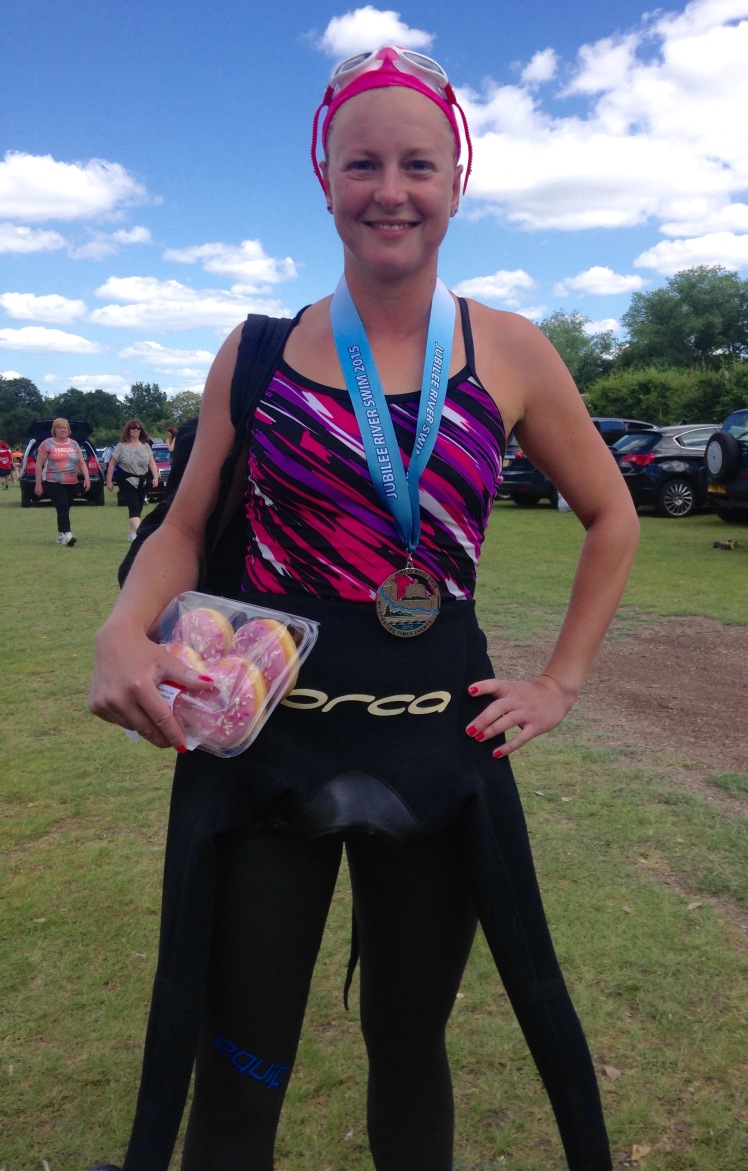 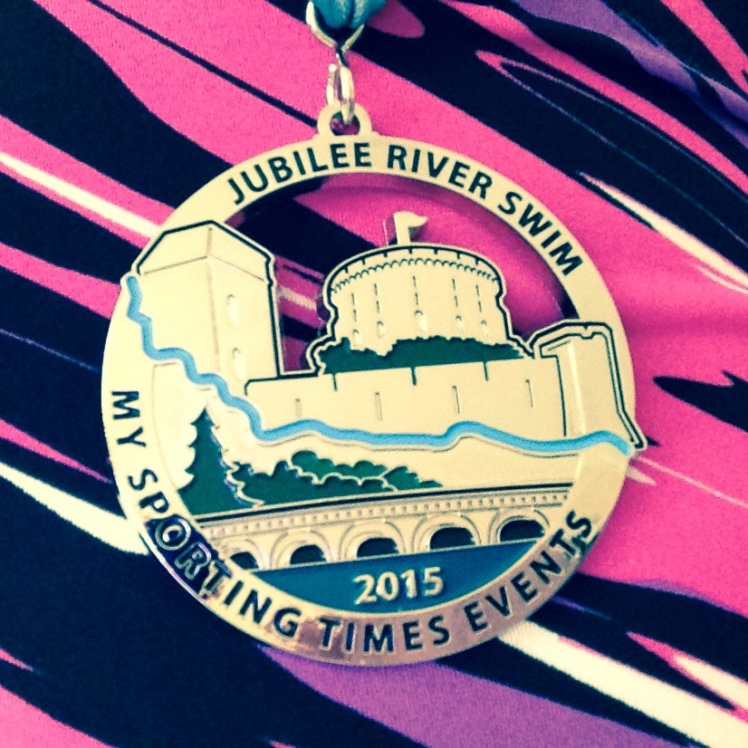 I started off slowly in 2016 having taken three months off to go travelling. I trained as much as I could while I was away, but the heat and party atmosphere in Australia undoubtedly took their toll! I put on 3kg and didn’t touch a bike the whole time, so on my return I had to get straight back on it. 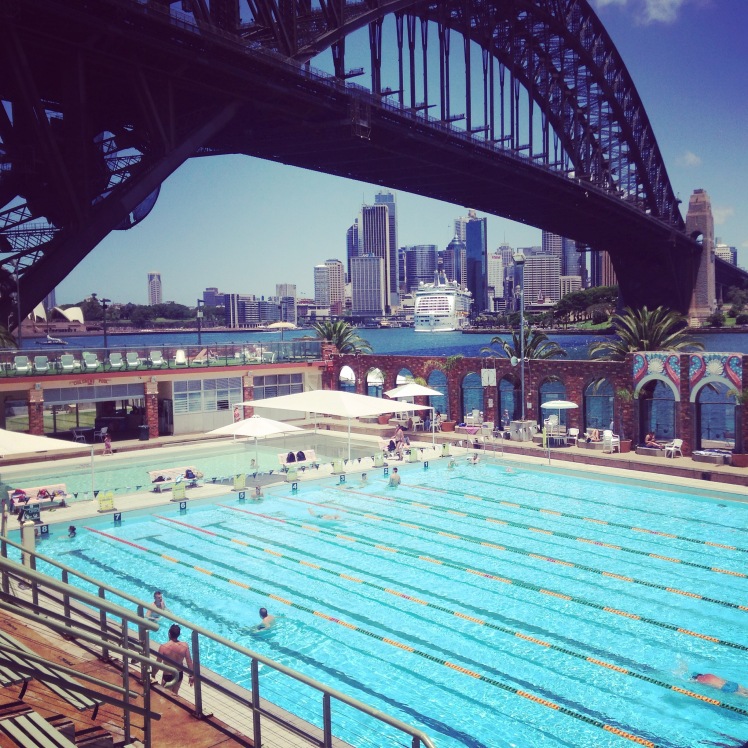 Before I went away I signed up for my first middle distance race in August 2016, The Cotswold Classic, knowing that I’d have plenty of time to train for it when I came back. I picked up a leg injury during Reading Half Marathon that took me out of running for a couple of months. I’ve always struggled with running, it’s my weakest discipline by far, so not being able to work at it for that amount of time really set me back. However I was making leaps in swimming and cycling, having upgraded myself to clippy shoes for the first time!

I love cycling in the summer, I’m definitely a fair weather cyclist. TVT’s chain gang ride called Power Hour is one of my favourite training sessions and my times were getting faster and faster each week. I took part in summer evening sprint triathlons at Dorney Lake near Windsor. They were perfect for tracking my progress over the season and I could easily go straight there after work.

On the day of the race I was feeling great, if a little nervous, mainly that my bike would have a mechanical as I’d recently had a run of bad luck with punctures. But my beautiful Cannondale did me proud and I finished the race in 5:41, almost 20 minutes within my target time! 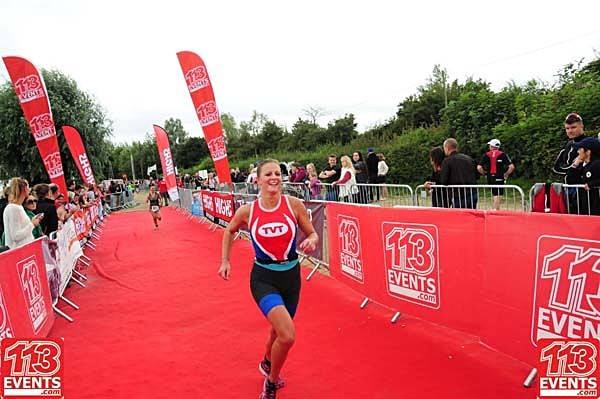 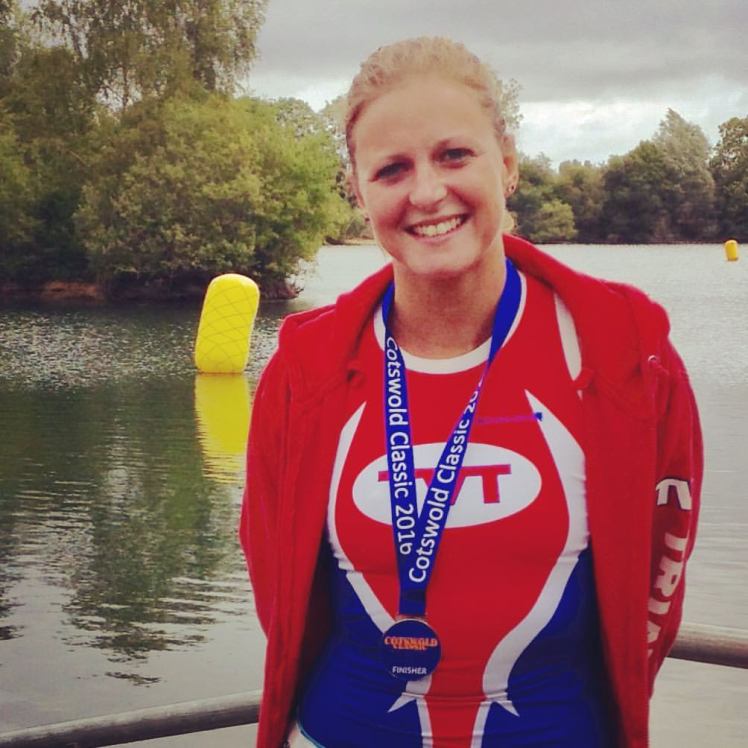 I felt amazing at the end, surprisingly energetic and stunned that I’d found it so easy, particularly the run at the end. It was my biggest race of the year, but I still had two more standard distance races to go before the end of the season.

Reading triathlon was only two weeks later and it’s always a tricky race to judge because the cycle and run distances are 10% longer than a standard Olympic distance. I smashed the swim and felt strong on the bike, but totally lost it on the run, although I still beat my target time of 3 hours, so it was still a great race for me. 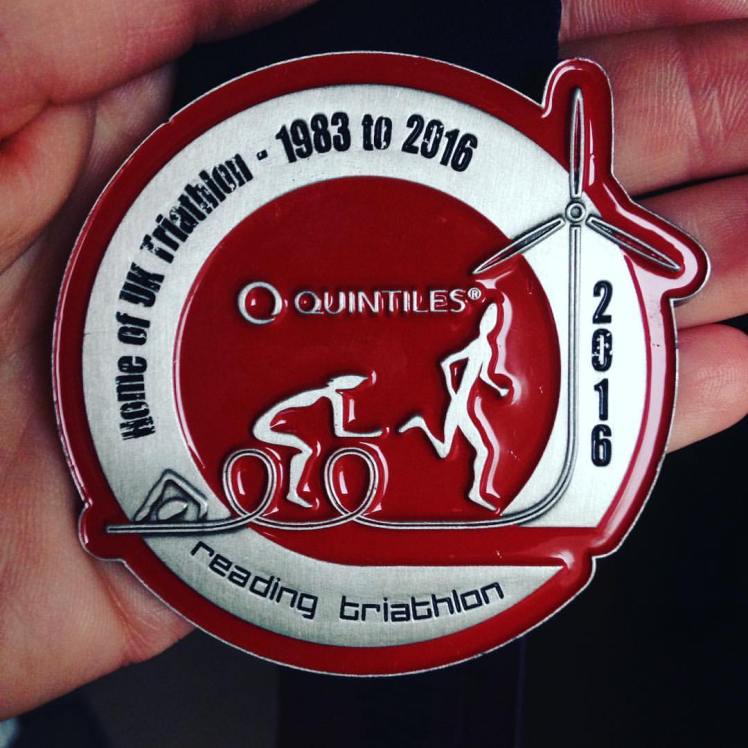 My last race of the season was the Huntsman at Hawley Lake in Hampshire. I raced it in 2015 and came 10th, so it was a great season finisher for me. This time around I had a strong swim and I didn’t see anyone overtake me on the bike, so I knew I was in either a really good position or a very poor one! I felt a lot stronger this time on the tough hilly run and on crossing the finish line they announced I was in third place! I was speachless! I never imagined I could get a podium place in such a big race. 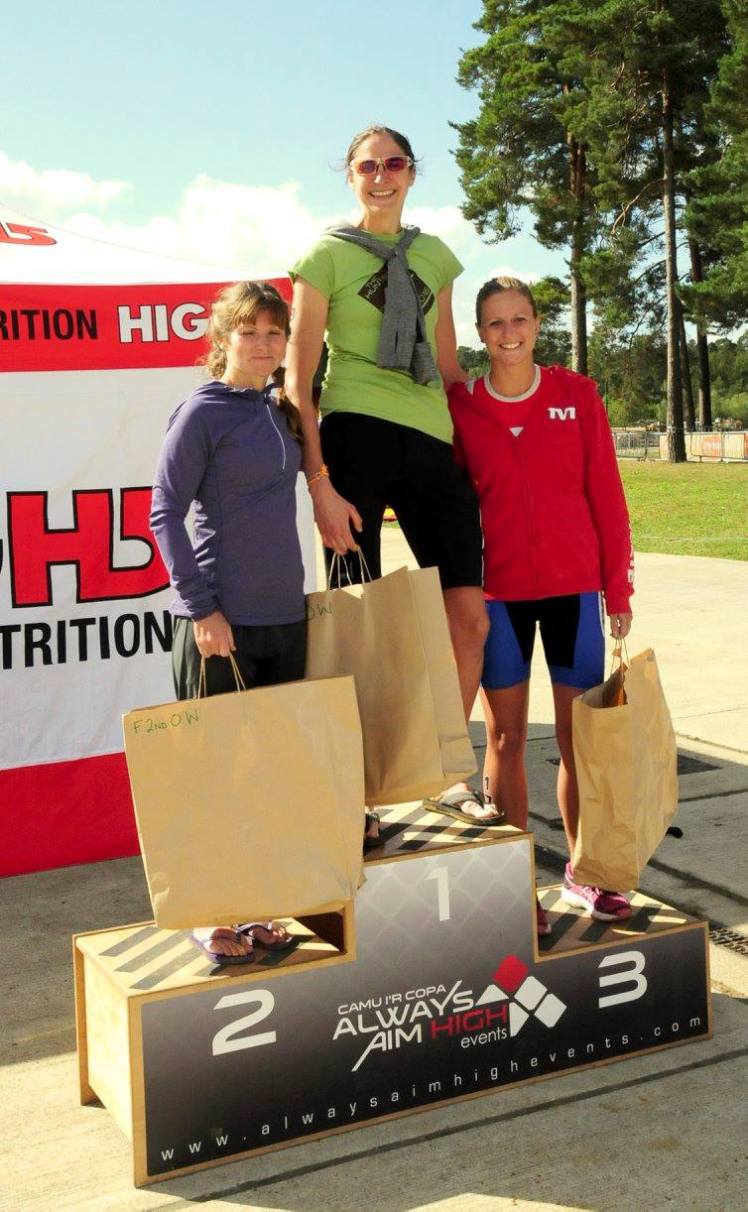 I’d had an incredible racing season and to top it off, I was awarded the Most Improved Female Triathlete at the TVT awards dinner in October! It was a huge confidence boost and as the wine was flowing that night, I apparently agreed to sign up to a full Ironman race this year! Well, I’m always a woman of my word, so Ironman Italy 2017 is the next big challenge! I’ll keep you updated on my training progress along with all the other ridiculous challenges I’m doing this year 🙂 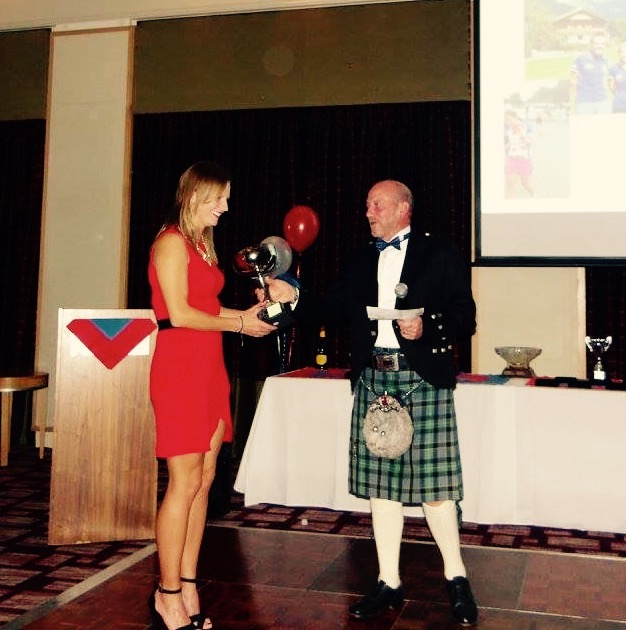 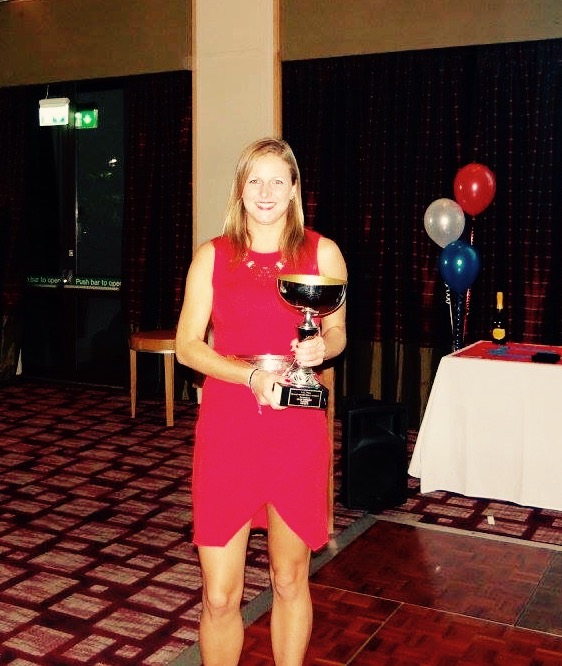 Track my progress and pick up training tips on my Instagram

One thought on “My Triathlon Journey So Far”