Many times I remember saying to people, “I’ll never do a full marathon.” I’ve done a few half marathons and knowing the feeling at the end of those, imagining having to do the same again, I just never thought I could, or would want to, put myself through it.

But then I signed up for an Ironman. That includes a marathon by default, but to me that doesn’t count! Running after swimming and cycling I’ve always found easier than just simply going for a run. Something to do with there being less pressure to finish quickly, my muscles being totally warmed up and the psychological idea that I’m already on the final stretch makes it feel easier.

I know plenty of people who’ve completed Ironman races, but never run a marathon, however I felt like it would be a huge confidence boost to know that I’ve done it before race day. So I signed up for one…in Iceland—the obvious choice—and here’s how it went…

I flew out on the Wednesday before the race on the Saturday to give me a few days to acclimatise to the chilly weather. And holy sh*t was it cold! Colder than I’d expected, and windy too, with bouts of hailstones intermingled with spells of gorgeous sunshine. This is a country known for its unpredictable weather and it certainly lived up to it! 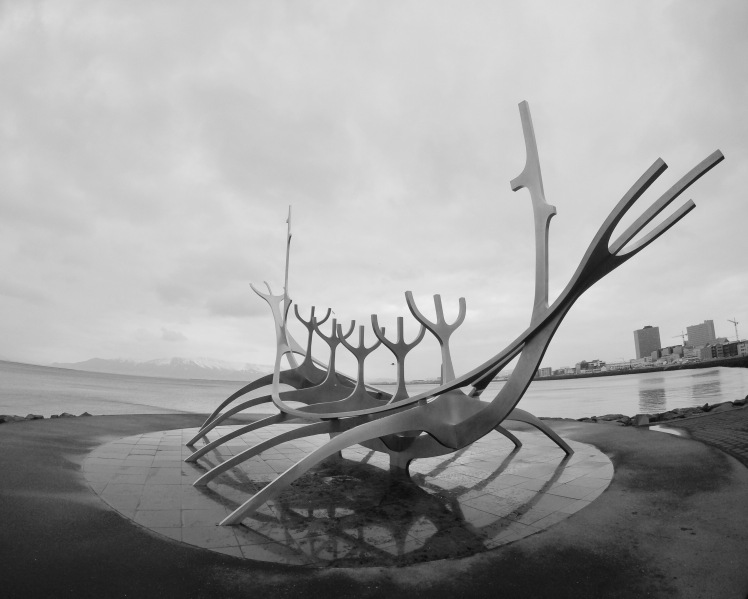 I stayed in the fabulous Kex Hostel in Reykjavík where I was greeted with a funky vintage interior, a chilled out bar and café and a spacious room with only two of the nine other beds taken that night. I immediately felt at home and headed out to explore the city for a few hours taking in a walking tour, a very delicious (and expensive!) chai latte and several hail and snowstorms along the way. 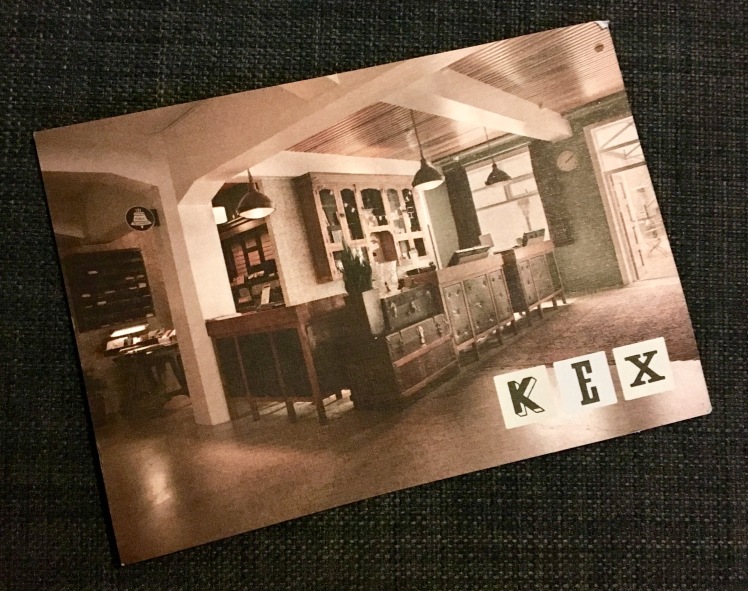 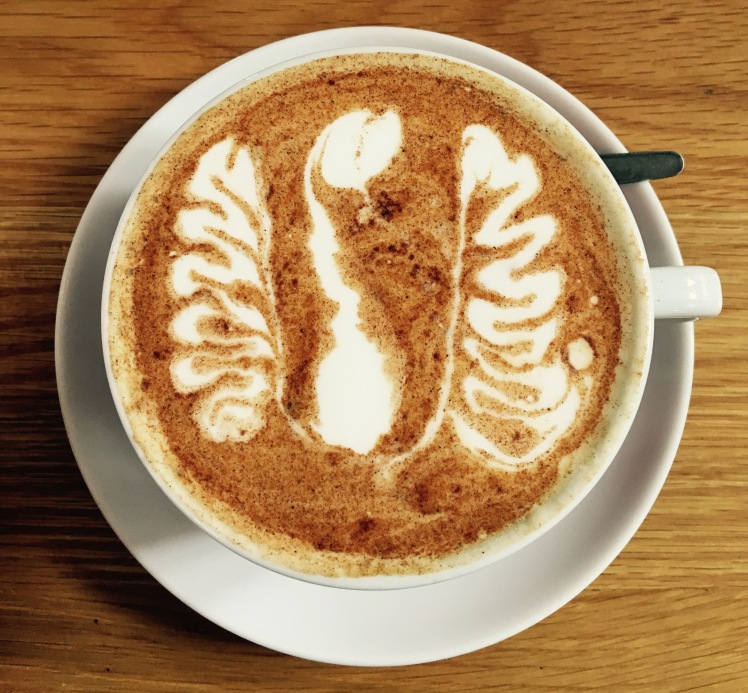 Fortunately, due to the geothermal activity, the one thing that is done well and cheaply in Iceland is central heating, and they certainly make the most of it! Every shop and café you walk into has a homely, welcoming atmosphere; it makes you want to stay.

Reykjavík is a small and friendly city, I explored most of it on day one, so booked a couple of tours for my free days before the marathon. I took a trip to the south coast to visit Black Sand beach, Skógafoss and Seljalandsfoss waterfalls and to take a hike on Sólheimajökull glacier. It was a long and cold day, with yet more unpredictable weather, considering this was officially the first day of summer in Iceland! 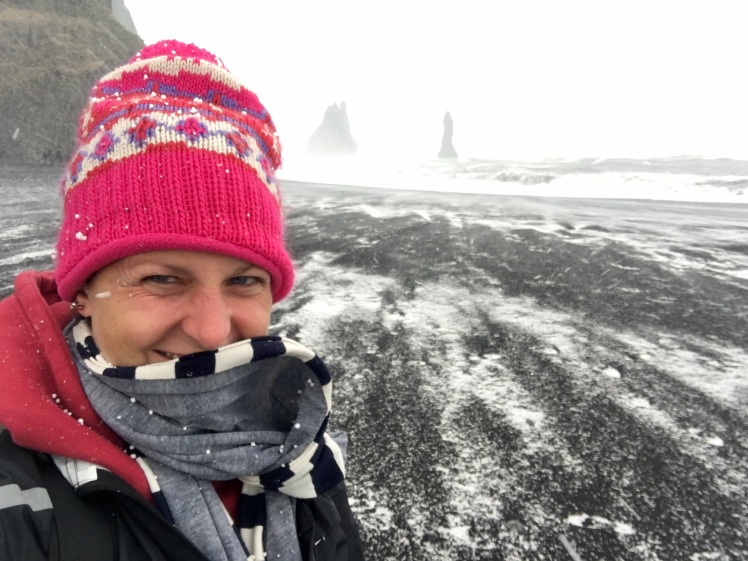 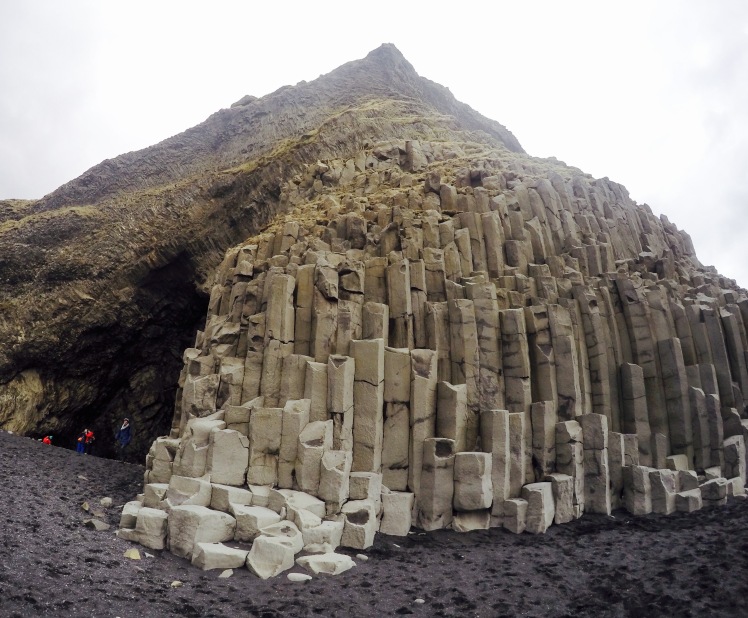 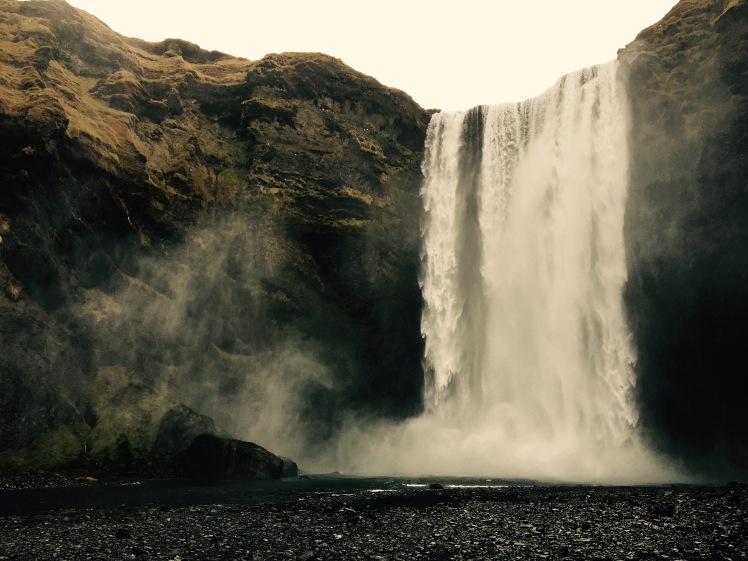 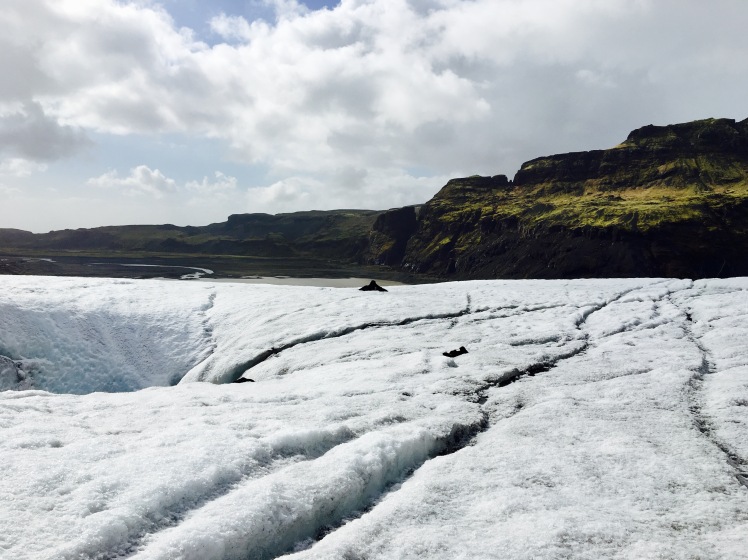 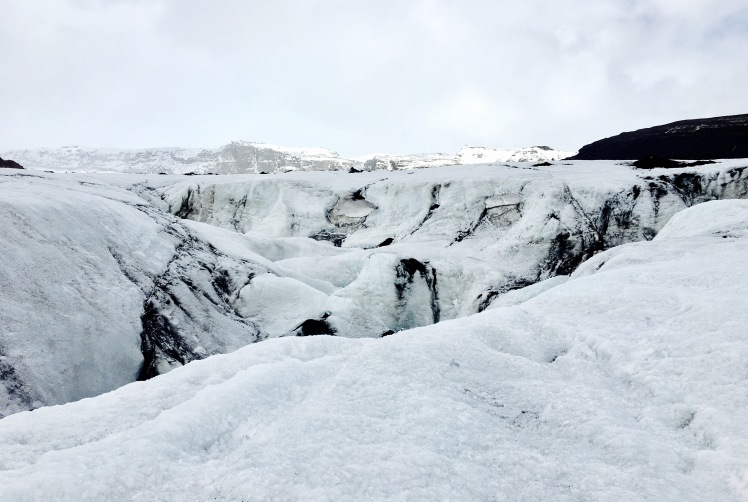 Seljalandsfoss is a waterfall that you can walk behind, so of course I did, and came out completely soaked! Absolutely worth it, but happy that we were on our way back to Reykjavik by that point. 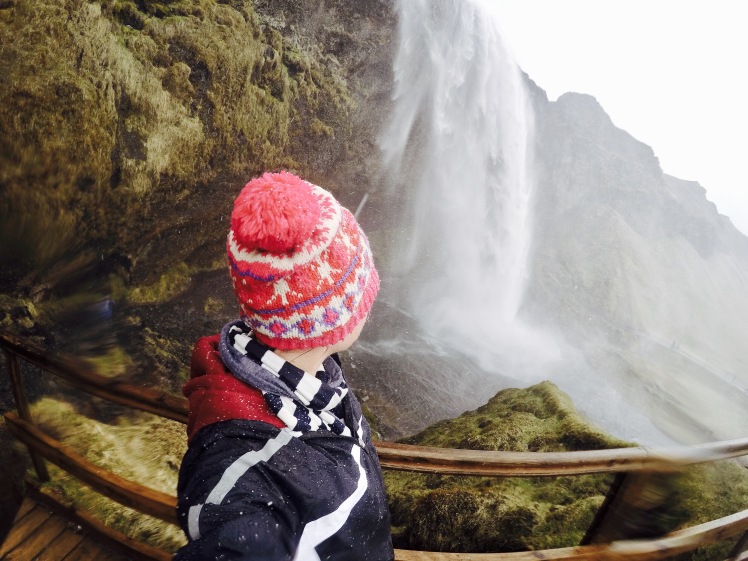 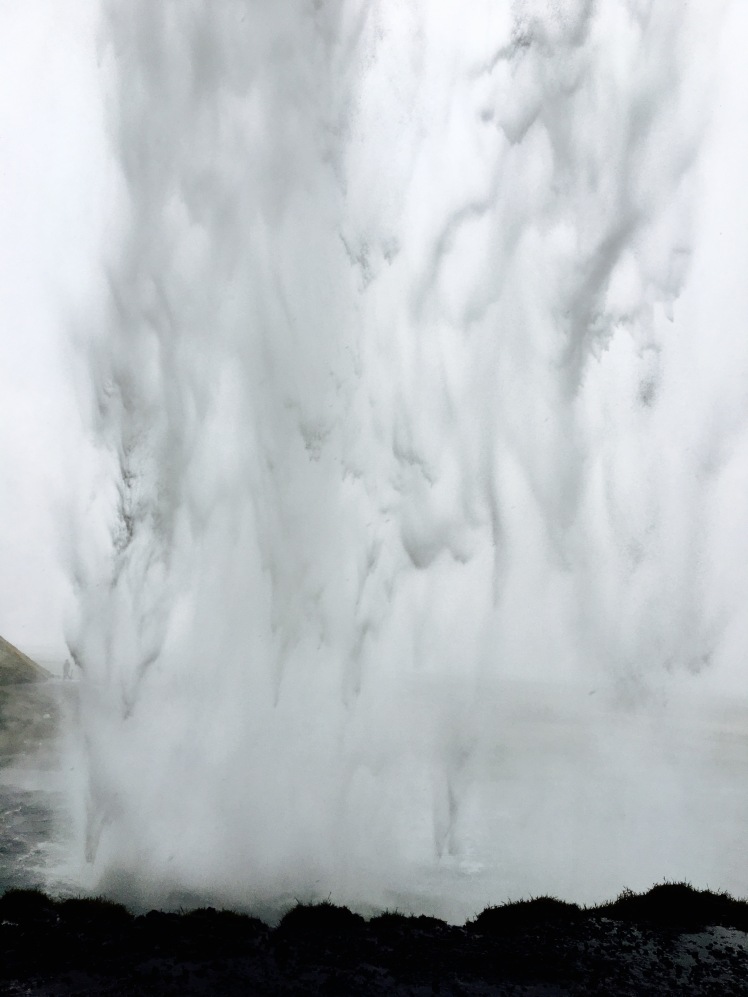 The Golden Circle tour is a must-do in Iceland, including visits to Thingvellir National Park, Geysir hot springs (where I had the most amazing, and expensive, soup!) and Gullfoss waterfall. The tour ended with a lovely dip in the Secret Lagoon thermal pool, perfect preparation for my race the next day 🙂 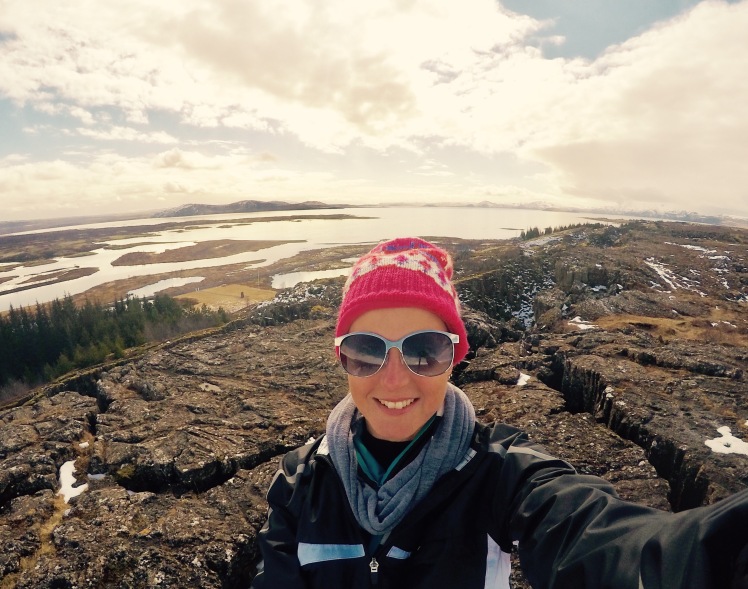 I was picked up by Pétur, the race organiser, from Kex at 7am ready for an 8am start. Thankfully the weather was a little milder than it had previously been, at a balmy 3 degrees! There were around 50 entrants for the full marathon, the most they’d ever had by more than double! It felt like arriving for a Parkrun, it was so cute! About half of the runners were non-icelandic, clearly plenty of other people enjoy combining their love of travelling and running.

I got off to a good start on the out-and-back course, leading the ladies for the first 10k, during which time we were treated to a brisk headwind, a hailstorm (of course) and a sprinkling of snow. I was overtaken by one lady, but still kept up my pace, running with a group of four others for the next 10k. I ran a 1:56 half marathon, so perfectly paced for a sub-4 hour marathon 🙂 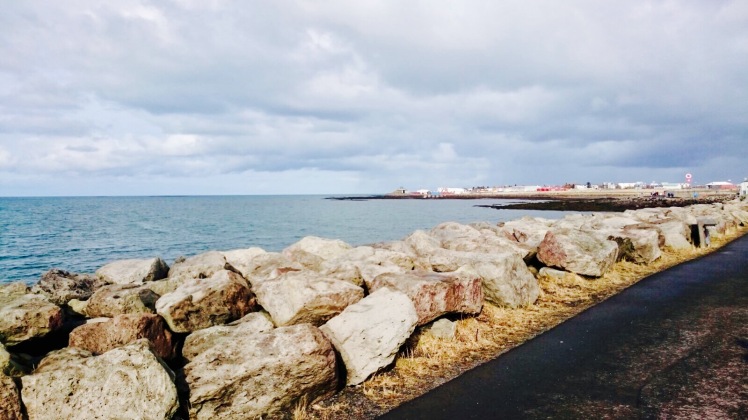 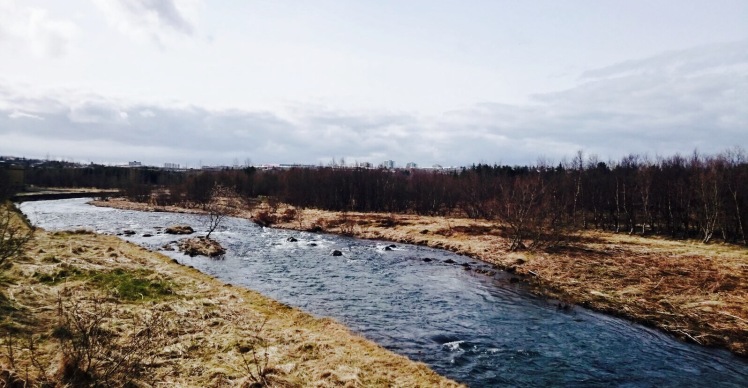 Then my stomach problems kicked in, I had to make a toilet stop at the halfway point, then again at around 25k and then again at 32k! I’d really not foreseen this as all my training had gone well, but I kept running. I was in pain, I slowed right down and even walked a few sections, but I was determined to finish strong, so made sure I ran the last 2k. I finished in 4:04, just a whisker over my sub 4 hour target, but I was so happy it was over I didn’t care at that point!

For the next few hours I was in a daze. My friend Philly Mac, who’d run the half marathon, gave me a lift back to my hostel where I took a much-needed shower. This was when I realised the full extent of my chafing (oh the chafing!). I almost fainted in the shower it was so painful. I curled up in my bed and fell in and out of sleep before heading out in search of food. I hadn’t eaten a proper meal since the night before, so I was certain it would make me feel better.

I made it out for a few drinks in the evening with some of the other runners, who were clearly in far better shape than me! Walking was proving rather tricky, but at least the pain in my muscles was overshadowed by the pain of the chafing…so every cloud! 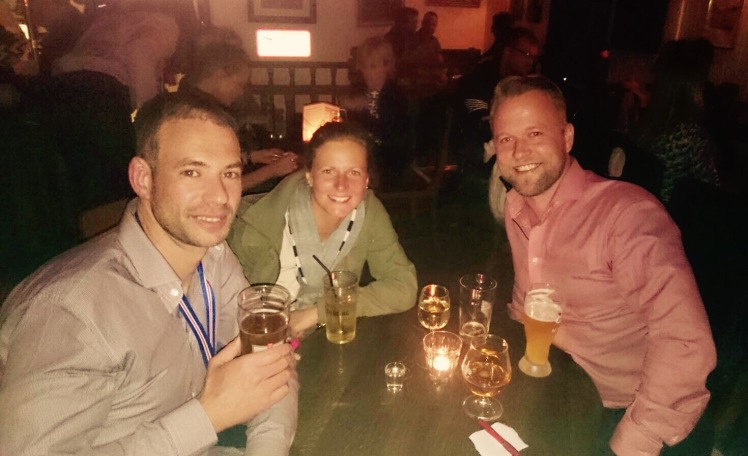 The following morning I walked (very slowly) to the main swimming pool in Reykjavík – a beautiful, 50 metre, geothermally heated outdoor pool. I had a leisurely 2k recovery swim and then lounged around in the numerous hot pools and the steam room. I made the mistake of trying out the saltwater heated pool thinking that it would sting, but it would be good for me. I lasted about 20 seconds before my eyes were watering and I hopped out and hurried awkwardly to the showers! 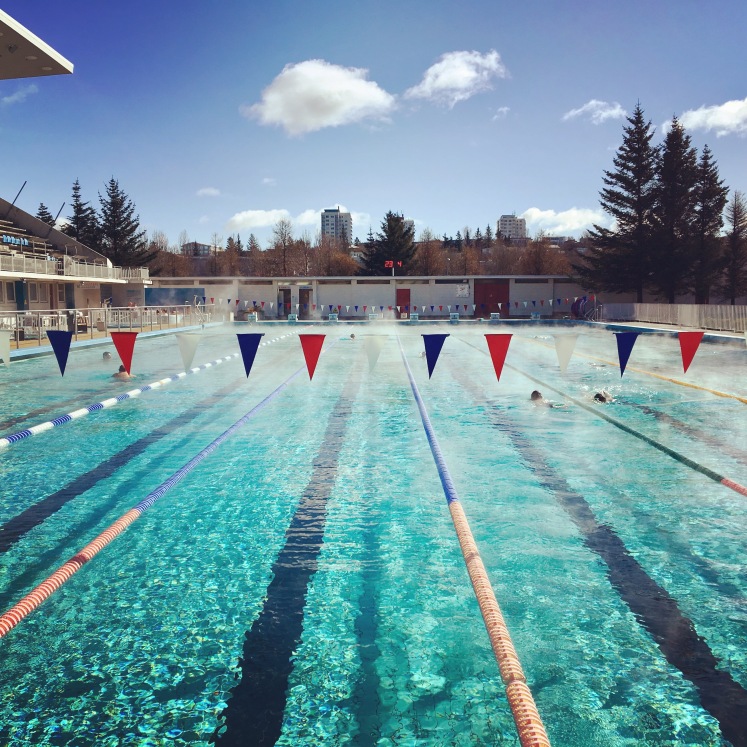 The one thing that did make me feel better was the freezing plunge pool. I’ll have to get into the habit of taking ice baths after my long runs in future. It’s one of those things that I know I should be doing, but it sounds so uncomfortable and unpleasant that I’ve never tried it.

I spent the rest of the day wandering around Harpa, the wonderful contemporary concert hall right on the seafront. The building is magnificent and allowed for some very creative photography. It’s also warm, spacious and free to just hang out in, as many people were doing on that sunny Sunday afternoon. A wedding reception was taking place on the top floor, while kids were skateboarding around the lower floors and no one batted an eyelid. 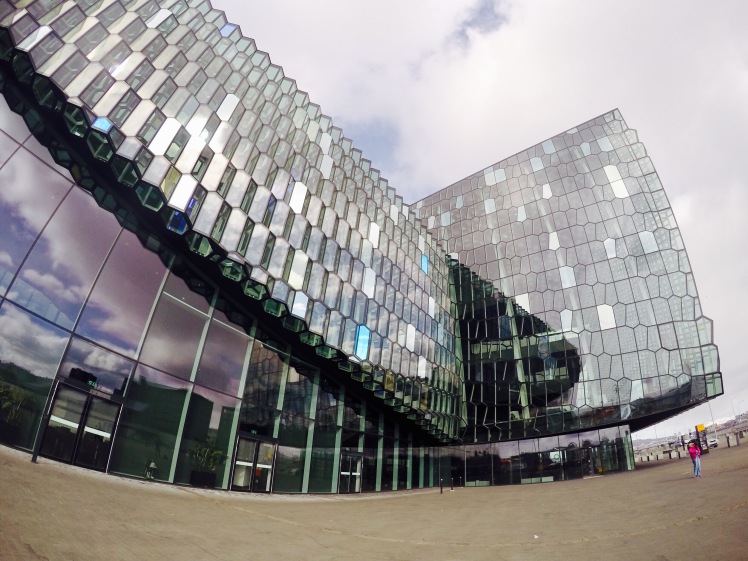 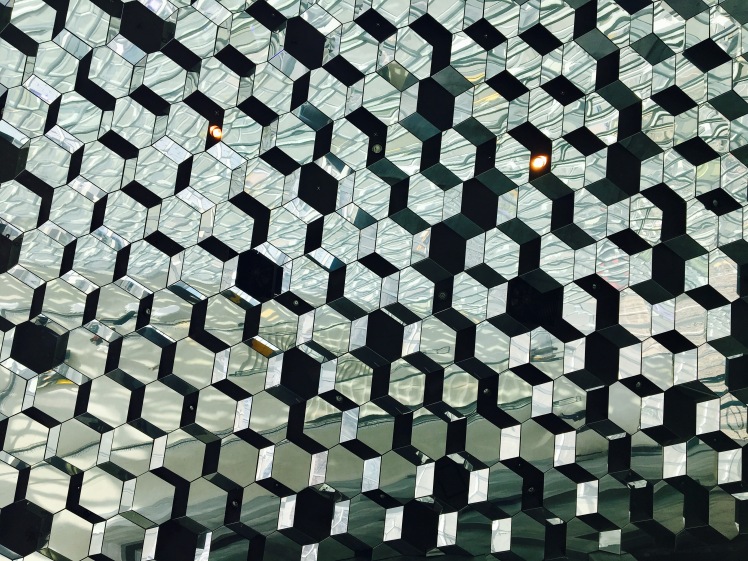 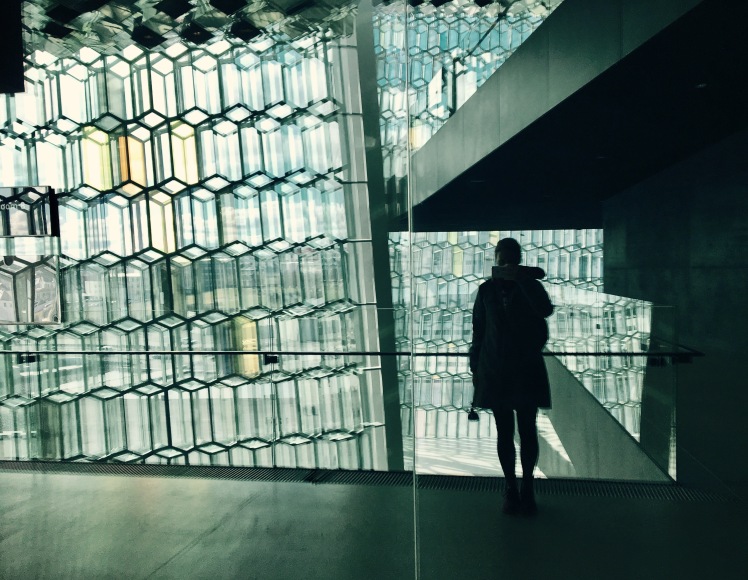 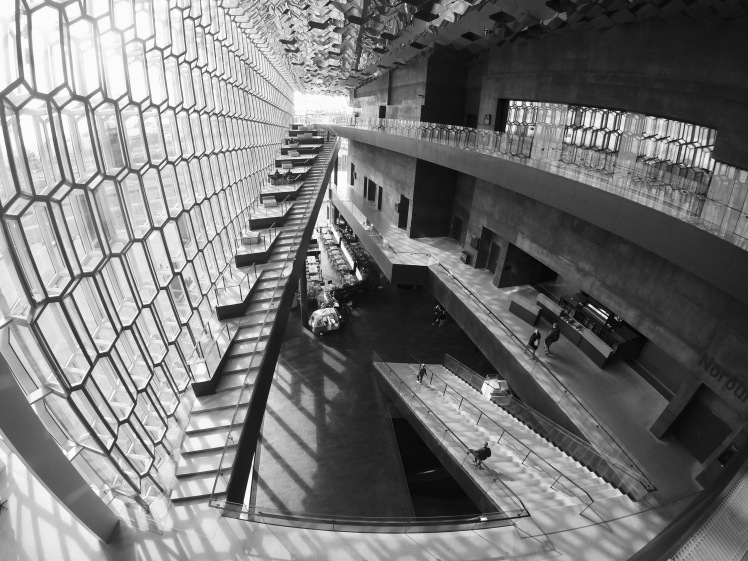 On my final evening I hung out at the hostel with all the friendly and interesting people who’d joined my room from Australia, Canada, USA and Poland. They helped to make this trip memorable too, sympathising with my aches and pains! We stayed up until 3am chatting and drinking (a single bottle of vodka between 10 of us because nowhere sells alcohol on a Sunday!). I had to get up at 5am

Whilst it was lovely to combine a holiday with a race, I’d certainly reconsider my timing and make sure the race is toward the end of my stay to avoid rendering the remainder of my break an uncomfortable experience!

3 thoughts on “Running in Reykjavik”