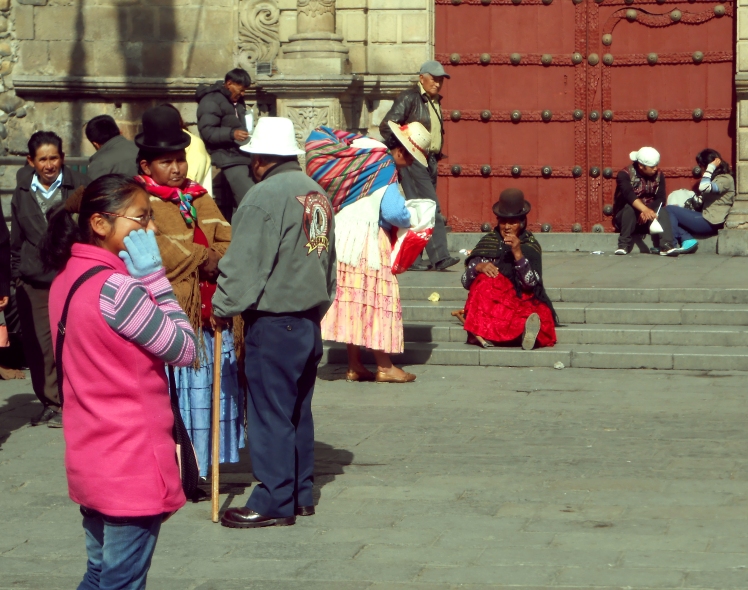 There are so many reasons why Bolivia shouldn’t be somewhere I’d want to visit. It’s cold, the high altitude makes it uncomfortable for most Europeans, the cuisine leaves a lot to be desired, they’re far behind much of the world when it comes to tourism and customer service and you can’t flush paper down the toilet (and due to the aforementioned cuisine and altitude, this is a country where a LOT of toilet paper is used!).

However, if you can deal with all of the above, Bolivia will show itself to be one of the most interesting, stunning and action-packed countries you’ll ever visit.

It didn’t help that I arrived in Bolivia already broken from trekking the Inca Trail in Peru and then kayaking on Lake Titicaca in the blazing sunshine, resulting in some extremely crispy sunburn on the backs of my hands. I looked like I’d been punching walls. The chaotic city of La Paz was unsettling as I was travelling alone at that point, but I soon found my way around and warmed to it quickly. 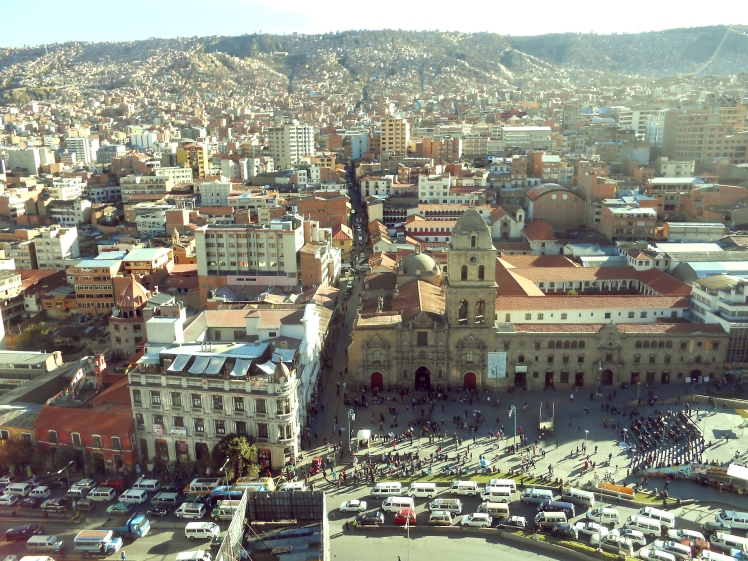 The crumbling streets were filled with locals selling oranges piled up on the pavement, the shops were rammed with alpaca jumpers, beads and trinkets, packets of coca leaves and baby llama foetuses (of course!). The latter are apparently buried under people’s homes for good luck. 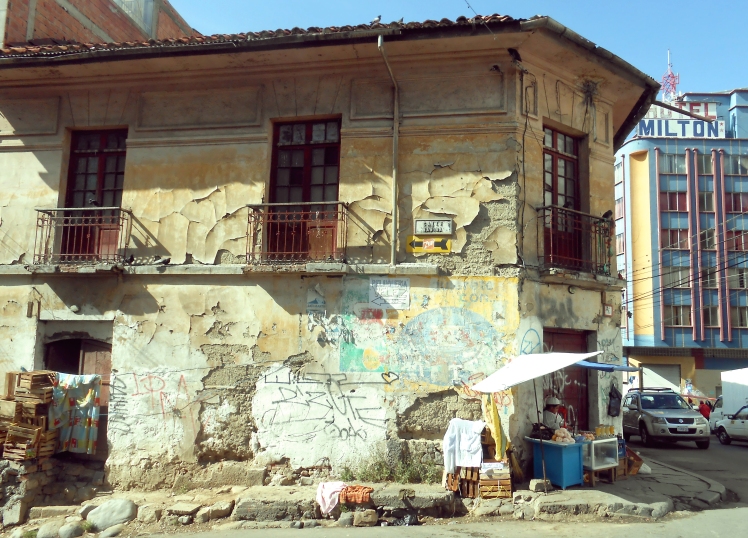 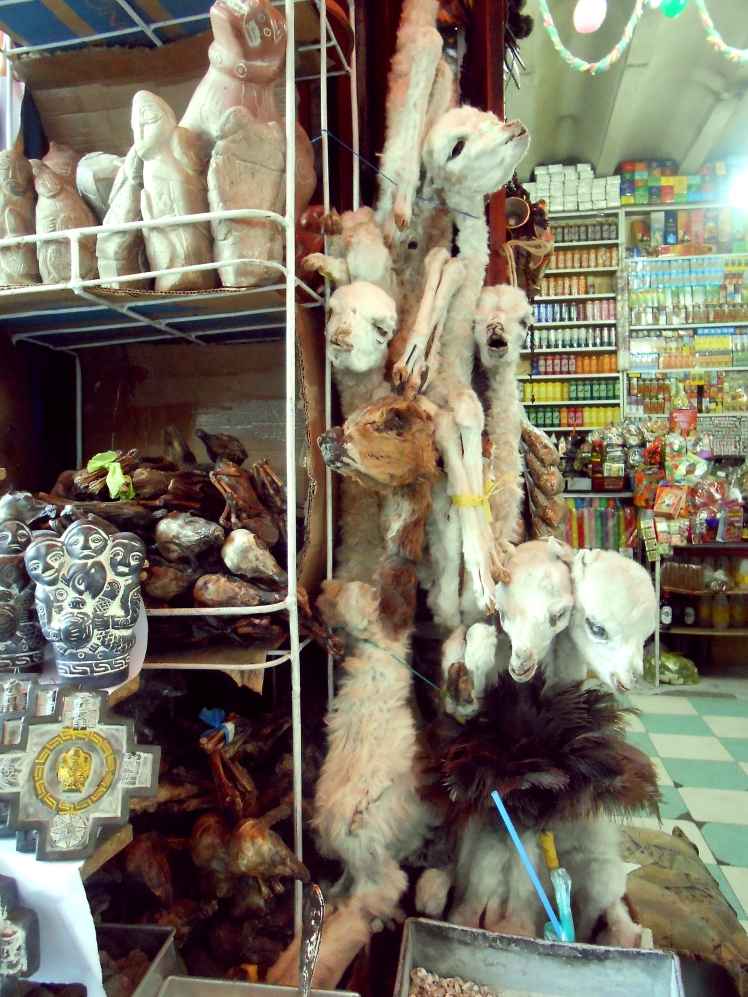 I took a free walking tour of the city, which ended on the top floor of the tallest and only “5-star” hotel in the city. The reason for this? A 50 metre abseil and freefall down the side of the hotel dressed as Spiderman! I’ll let you figure out if I decided to go for it 😉 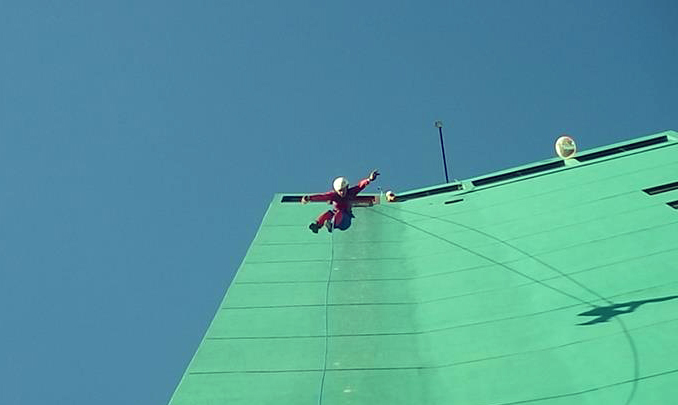 One of the most popular day trips outside of the city is mountain biking down the infamous Death Road. Well, of course this was right up my street (no pun intended). We began high up in the mountains surrounded by ice and snow, layered up and plied with firewater. What better way to prepare for a 40 mile downhill ride with over 3,600m of descent along a road cut into the edge of a cliff with up to 1,000m sheer drop over the edge. 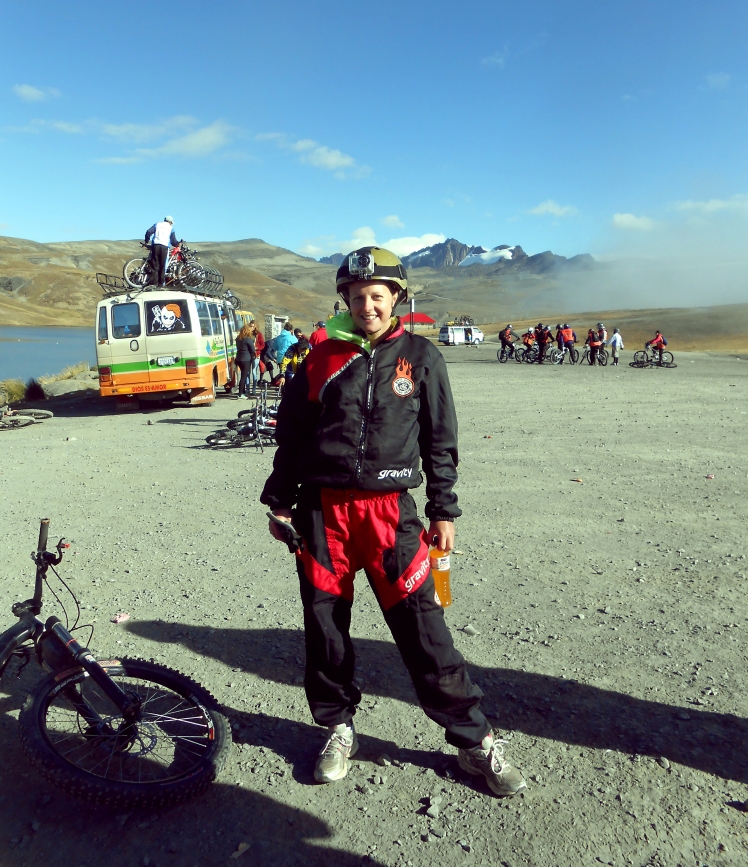 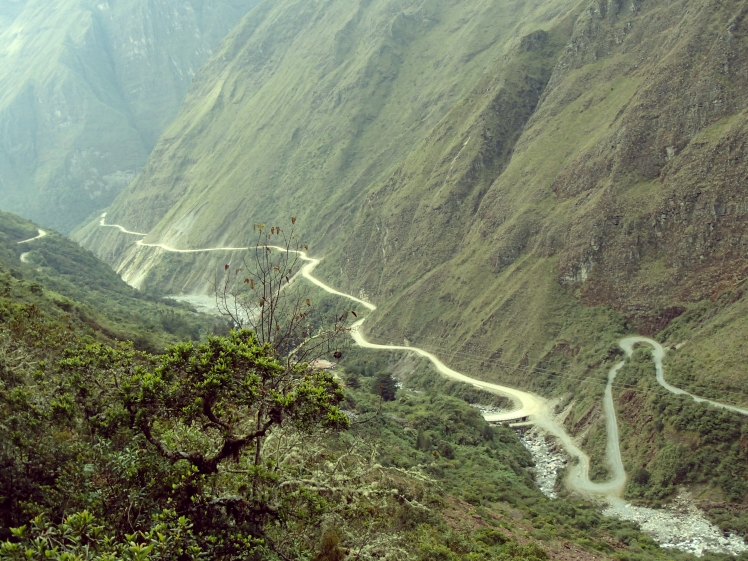 We rode through clouds and waterfalls, from the cold and sparse landscape up top, down to the dense, muggy Amazonian jungle at the bottom. At each rest break I had to remove a layer of clothing as the temperature soared and the lower altitude finally helped me to feel more human. The scenery was nothing short of breathtaking, so I’m glad we had time to stop and admire it in between hurtling down the winding gravel track. 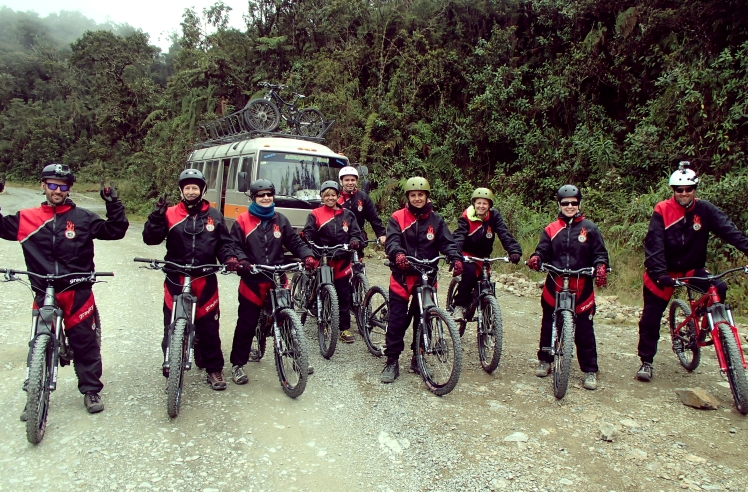 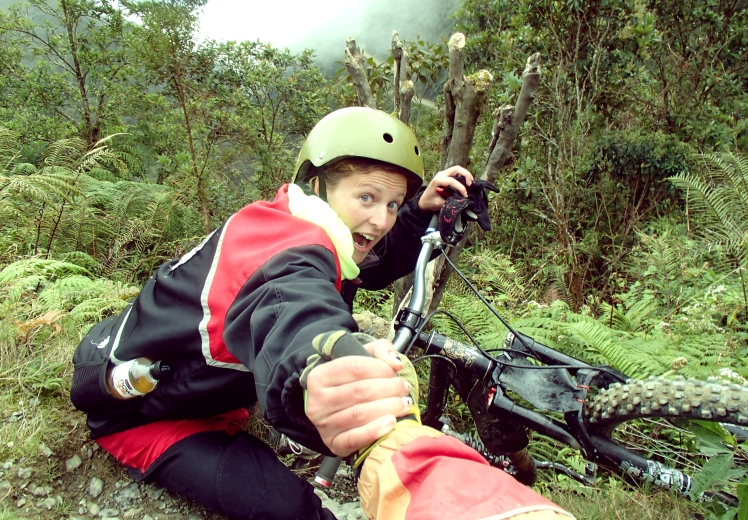 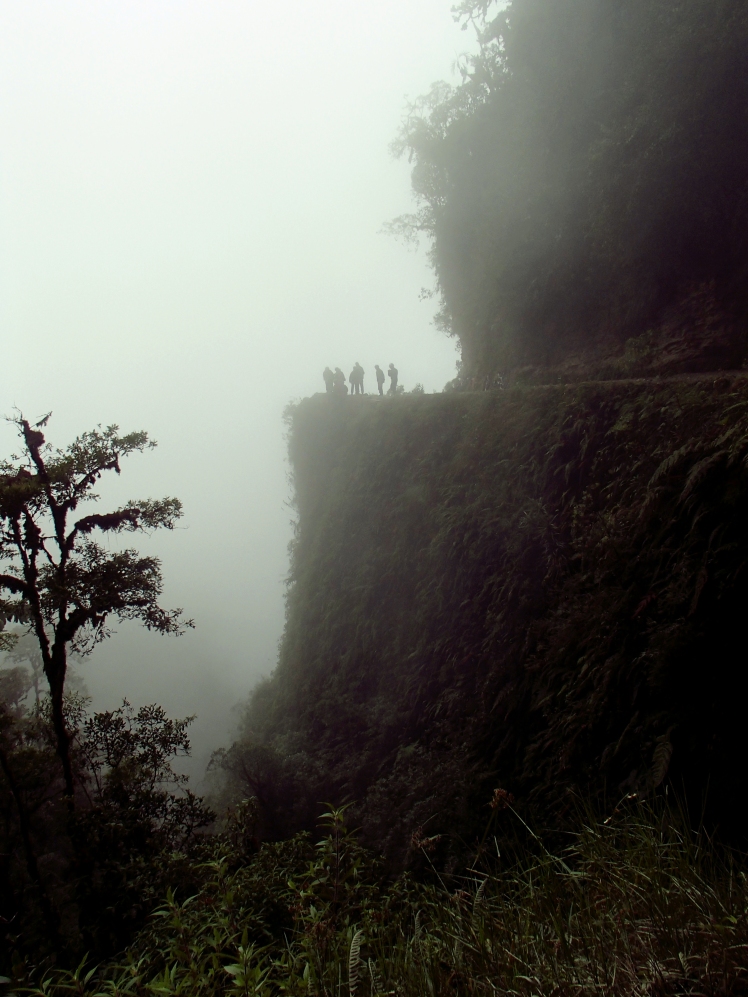 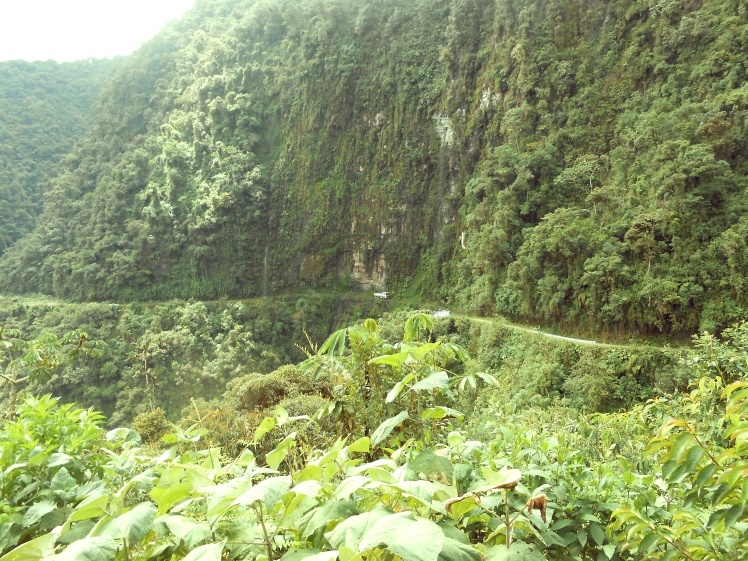 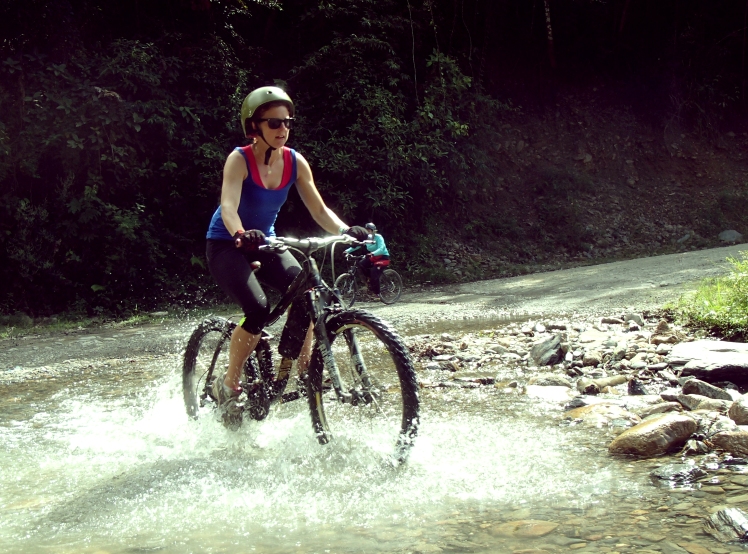 When we reached the bottom there was the option to do a zipline through the rainforest, which I obviously couldn’t say no to! There were in fact three successive ziplines finishing back down at the jungle retreat where lunch was served. I was still struggling with my appetite, so instead I went for a dip in the wonderfully secluded and refreshing river that flowed nearby. Absolutely nothing beats the feeling of immersing myself in cool, fresh water when I’m feeling utterly drained and disgusting! 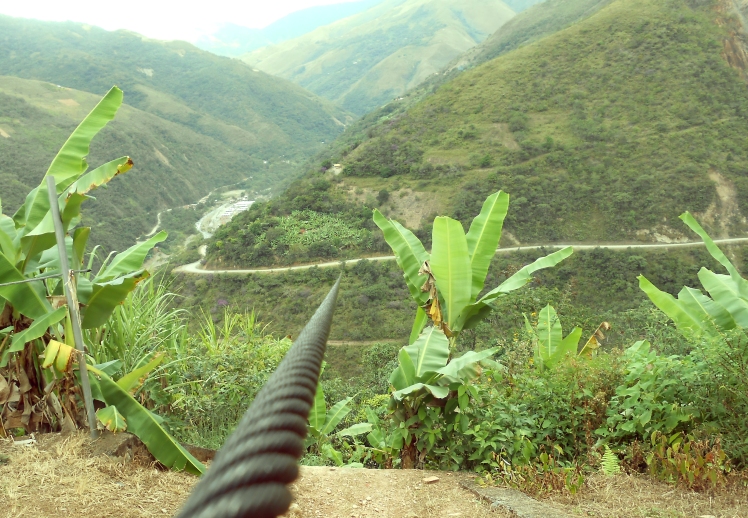 The day I changed hostels in La Paz was an interesting one, I took a cab across town to avoid the hilly walk with my huge backpack at over 3,500m above sea level. He dropped me off outside Loki Hostel where I greeted the little security guard and walked inside to what could only be described as a shell of a former hostel. There were bed frames with mattresses strewn across the floor, the bar was empty but for a few broken bottles on the floor and the whole place was deserted. I kick myself now for not taking any photos of this incredible abandoned party hostel (because I actually love an abandoned building), but at the time I was panic-stricken wondering where I was going to sleep for the next two nights.

The guard clearly spoke no English, but led me up to the top floor where, thankfully, a Canadian girl was cleaning. She told me the hostel had been temporarily relocated while this building was being refurbished (not that it looked like they were doing much of that!) and gave me directions to the new Loki…a 15 minute walk away. The energy I saved getting a cab was soon expended trying to find the small A4 paper sign advertising the new Loki Hostel and climbing to the seventh floor with my bags!

I decided to take myself away from the mayhem again for a one day trek up to Pico Austria, because walking up hills was something I’d rather pay to do! One thing I hadn’t banked on was snow. It was raining when the guide picked me up, but after only a 10 minute drive out of the city it had turned to snow. 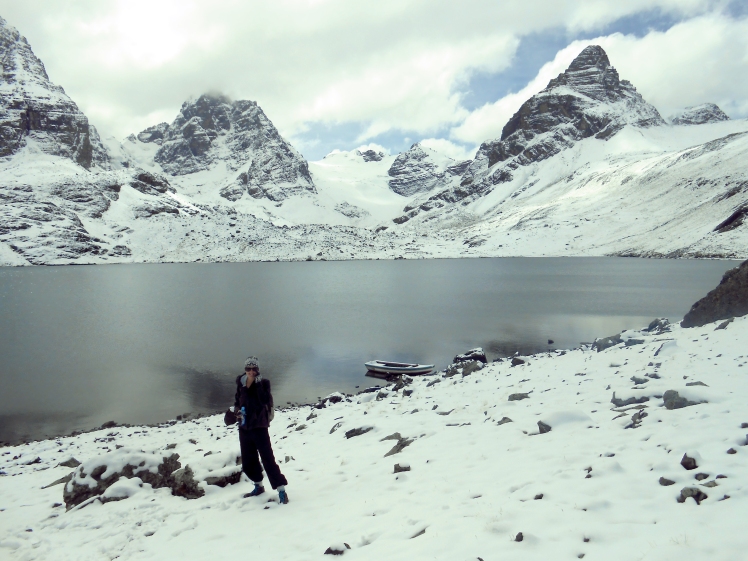 The trek was a lot harder than I had anticipated, especially with over a foot of snow in places! The flat parts were exhausting and even the slightest uphills were almost impossible without stopping every 10 paces to catch my breath. The altitude was playing havoc on my stomach and my diminished appetite meant that I was severely lacking energy. 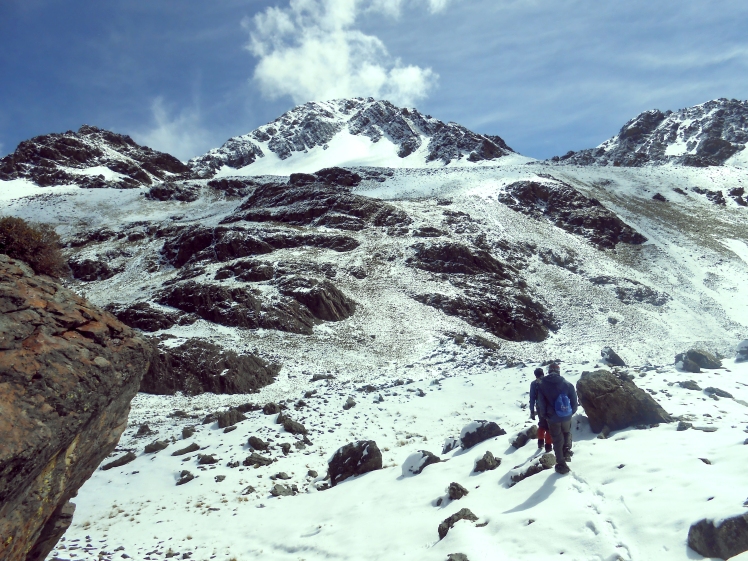 We made it to 5,000m, just 300m short of the summit, but the snow and wind made it too dangerous for my underprepared self in lightweight hiking boots and no waterproof trousers. 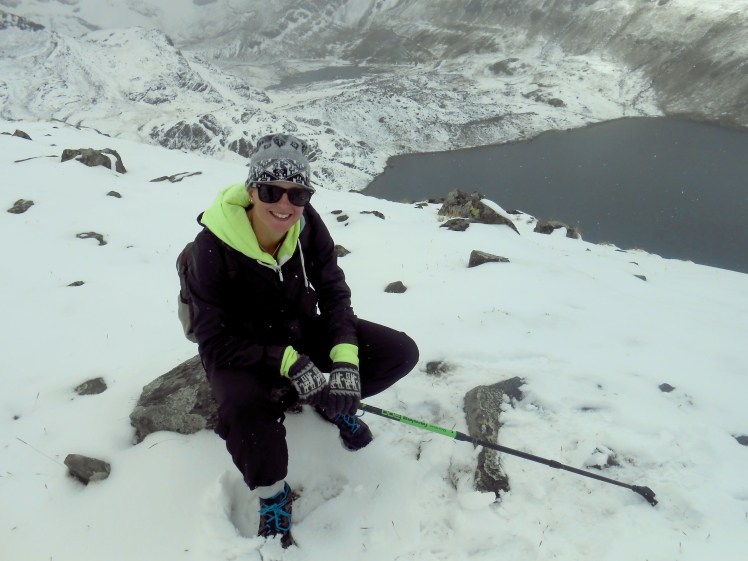 The next day, after another hostel change, I treated myself to a full body massage for the mighty sum of £12 (oh yes, that’s another good thing about Bolivia, it’s very cheap, even compared to the rest of South America). It was worth every single Boliviano, even with my embarrassingly drippy nose. Later that evening I met the tour group I’d be travelling with for the rest of my trip, most of whom already knew each other from travelling together through Peru. The 16 of us bonded over dinner and I began to get excited about the next part of my adventure…