I’m 3 weeks away from taking on the biggest physical (and mental, yes, completely mental!) challenge of my life, Ironman Italy. Having successfully completed my first middle distance event in August 2016, there was only one way to go. I’m quite a social creature, my summers are usually filled with parties, hen dos, weddings and the occasional holiday. This summer has been quite different. Whilst trying to maintain some sort of social life, my time has been filled with 100 mile bike rides, casual midweek half marathon runs and as much open water swimming as I can squeeze in. Falling asleep at night has never been so easy!

I’ve taken part in my first ever sportives this year, it’s such a fun, sociable and easy(ish!) way to clock up the miles. The Magnificat took us from Newbury on a very hilly 100 mile loop on a scorching day, but with team mates to keep me going I found it so much easier. The Chiltern Classic started in Henley and headed north almost to Bicester and back down again. We started in beautiful sunshine, but were treated to a spectacular thunder and hail storm (ouch!) at about half way. We emerged soaked, but soon dried off and finished again in the sun. All good experience for riding in icky conditions 🙂 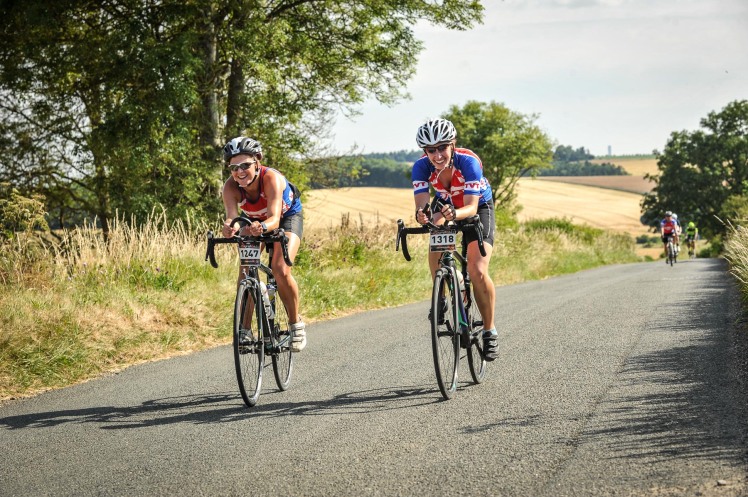 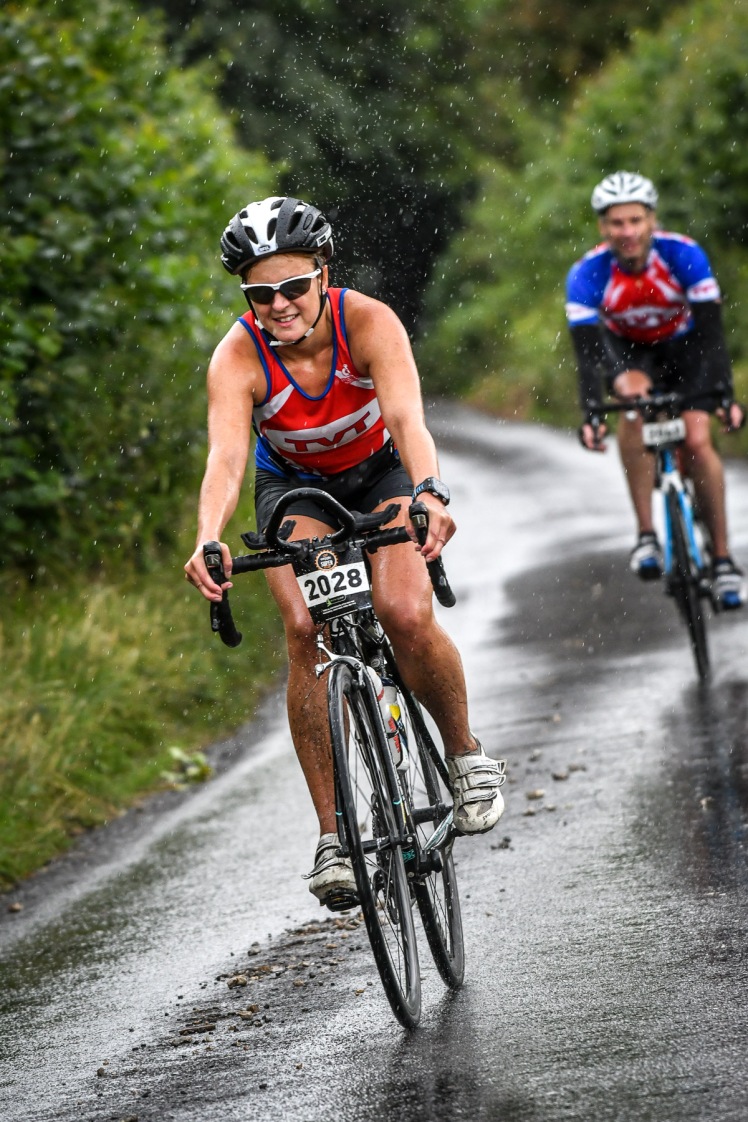 Two weeks ago I raced the Cotswold Classic middle distance triathlon, the same event I did last year, so it was a great indicator of how much I’ve improved. I beat my overall time by about 15 minutes, with improvements on every leg of the race. I took a minute off the swim, 10 minutes off the bike (to make it sub 3 hours…just!) and 5 minutes off the run. But the thing I was most happy with, and the thing that’s going to help me most during the full distance, was my consistent pacing throughout the whole race. 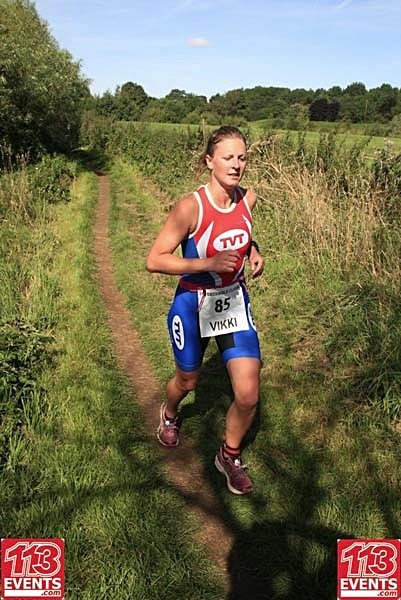 My second lap of the bike course was only a minute slower than the first, and each lap of the run was less than a minute slower than the last. As long as I can judge it right to begin with and keep it going, I should be able to finish strong! I think I’ve now discovered that the longer the distance, the stronger I become. I’m not fast, but I don’t slow down as much as other people seem to, so the further I go, the more chance I have of gaining on, and eventually overtaking them. 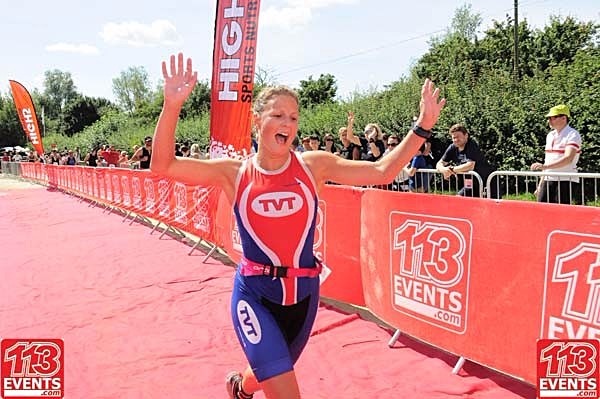 I’m currently recovering from my last big weekend of training. It kicked off with the 3.8km Big Dog Swim at Reading Lake on Thursday evening where I beat my previous PB by 2 minutes to come in just under 1:05. It’s amazing what a bit of competition can do to your pace!

A 184km bike ride on Saturday didn’t quite go to plan when Darren (my far-too-nice-and-incredibly-patient cycling buddy, but perhaps not the best navigator!) and I found ourselves cycling up a gravel track, which soon turned into a muddy grassy bridleway. We persevered and were eventually relieved to touch tarmac again at the other end. And both tyres survived the ordeal! 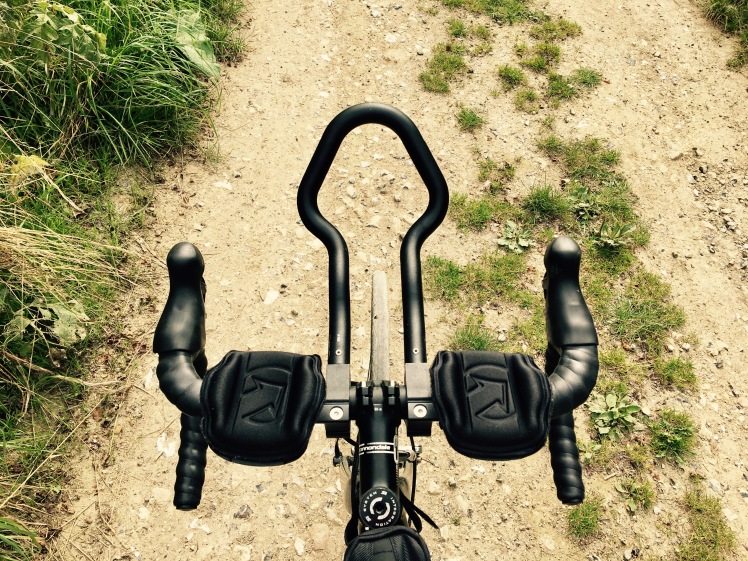 Sunday was a rest day, which I embraced wholeheartedly by eating everything in sight and snoozing in my Auntie’s garden for most of the afternoon during a family day. 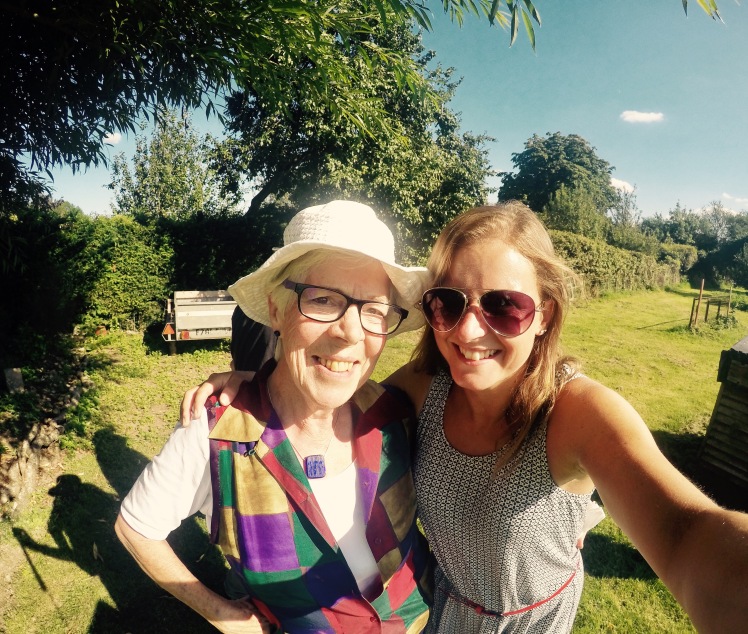 I was dreading my long run on Monday. Partly because I get so bored running the same routes all the time, but also because the previous weekend I’d bonked at 14 miles after going out too fast, so the idea of adding another 4 on top of that was not an attractive one.

To combat the boredom I decided to get out of town and headed to the Ridgeway at West Ilsley (supposedly the UKs oldest road).  I knew it was reasonably flat, in spite of the name, because once you’re up on the Ridgeway you can just run along it. The uneven terrain served the purpose of slowing me down, so I was able to stay at a pace I felt comfortable at for over 3 hours. I chose a 10 mile out and back course so I could refill my water halfway and off I trotted. The sun was shining, I passed many friendly runners, walkers and mountain bikers along the way (and the way back…twice!) and I really enjoyed my 20 mile run! Yes, I even ran further than I had planned to! 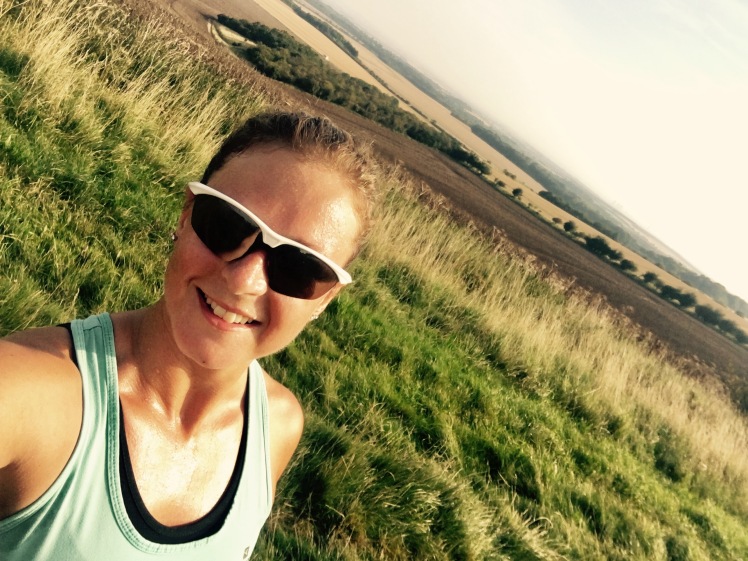 Yes, it was a bit painful towards the end, but at least I knew it was the end. I think that’s the one thing that’ll get me round the Ironman run, knowing that it’s the final part, knowing that the only thing standing between me and that finish line is my legs, quite literally! Now all I need to do is take it relatively easy for the next three weeks, keep my body moving, but not too much.

Genuinely, the scariest thing for me now is what’s going to happen after Ironman? Training has taken over my life for the last six months, my entire focus has been on this race. I haven’t even thought about what I’m going to do afterwards, or what’s going to happen to my body when my training load is dramatically reduced. I know I’m going to have post-race blues, miss my TVT Ironman family and be disappointed at all the food I can no longer eat. 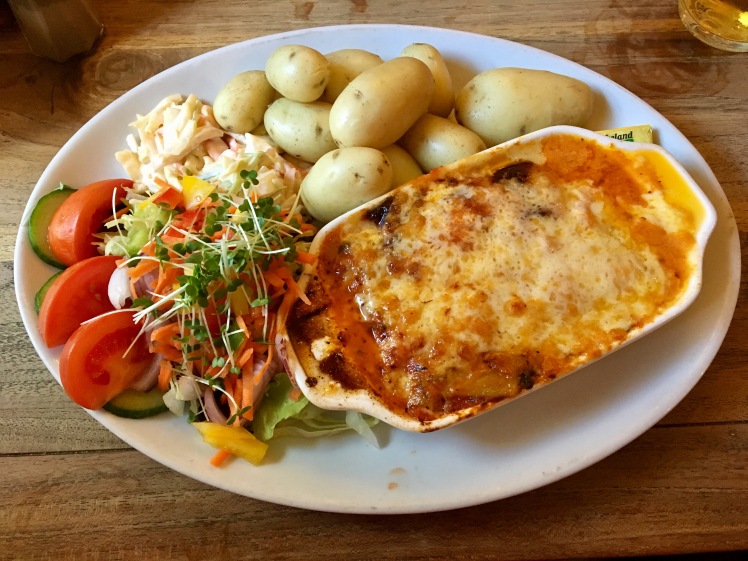 Having come this far, I’ve realised that the reason I’m doing this race is for everything I’ve already done this year. Nevermind the race itself, the toughest part has been getting there and the sacrifices I’ve had to make to train for it. Except they haven’t felt like sacrifices because I’ve enjoyed every minute 🙂 (well, almost) Plus, it’s done wonders for my tan! 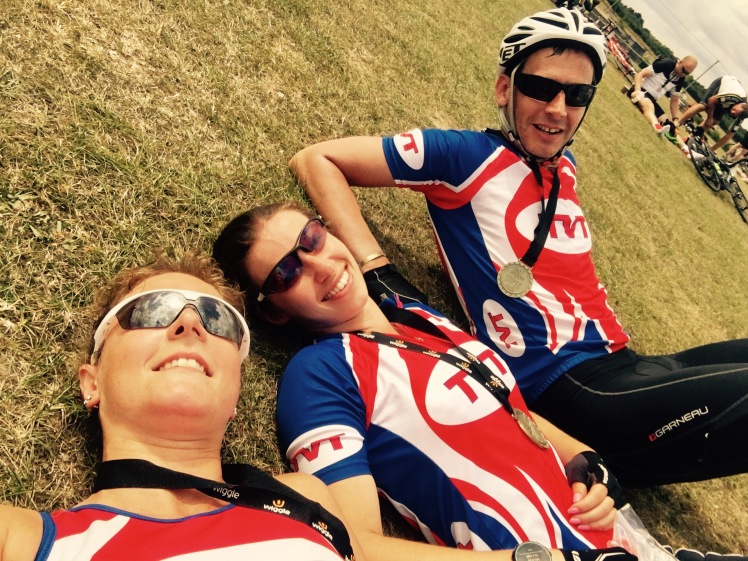 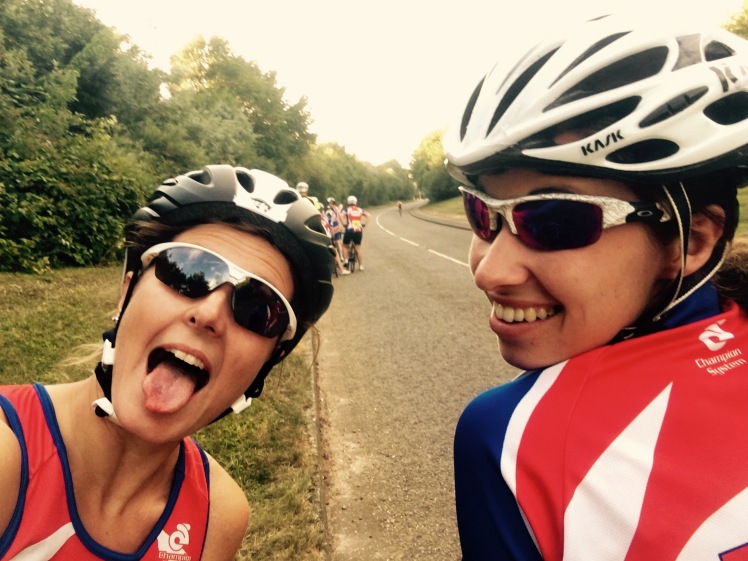 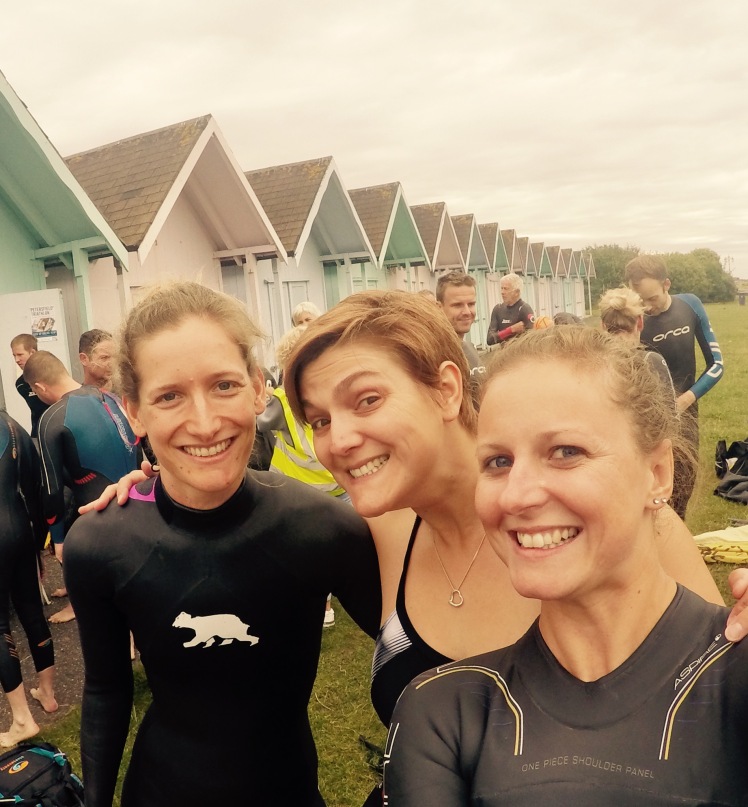 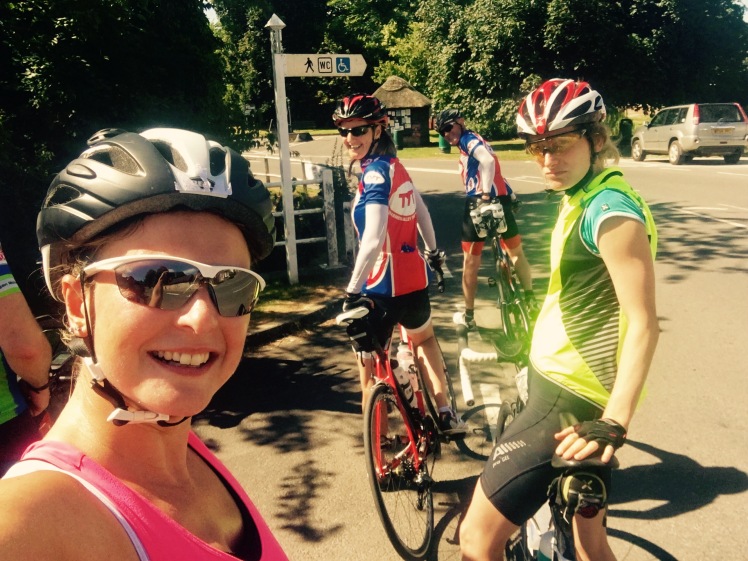 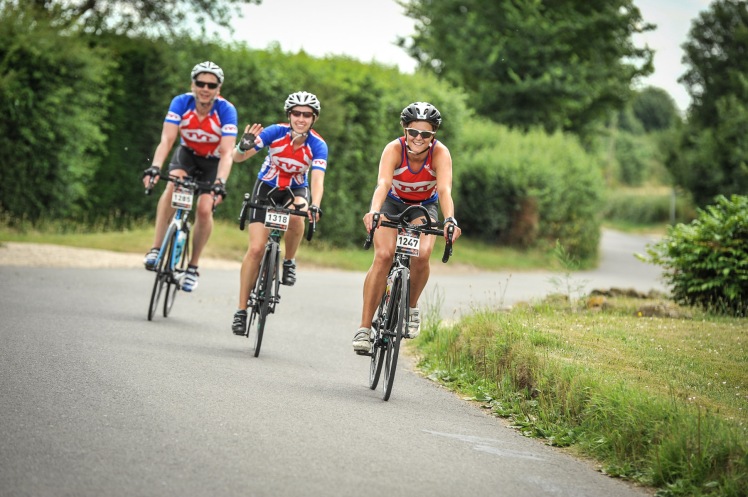 I think the only way to overcome my post-Ironman blues will be to look ahead to next year and see what other ridiculous physical challenges I might want to put myself through! Suggestions welcome!

One thought on “Three Weeks to Go!”